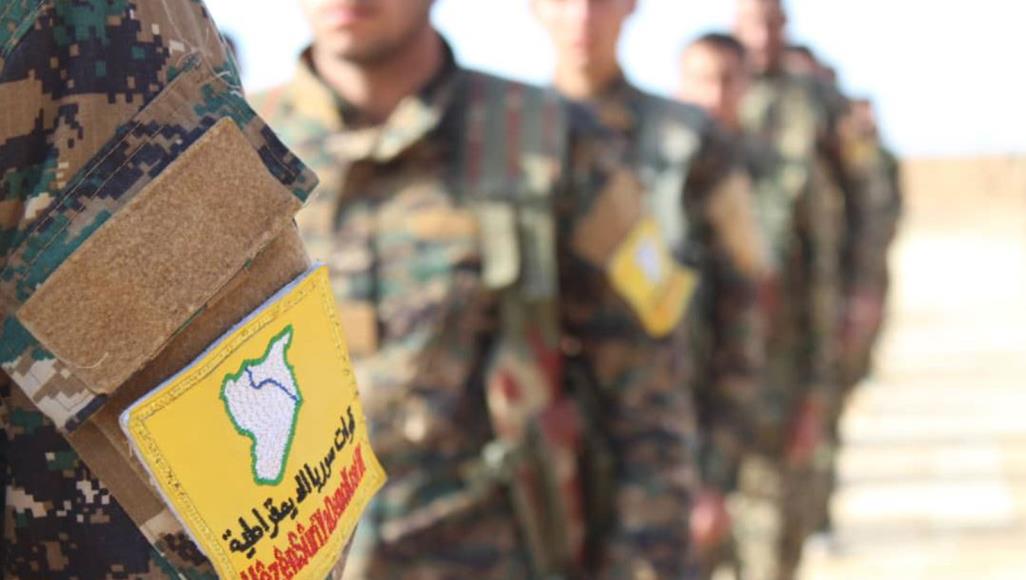 Shafaq News/ The Kurdish self-administration announced on Wednesday the “mobilization " over three days in its control areas in the north and northeast of Syria, hours after Ankara confirmed that it would start its attack soon and sending military reinforcements to the border.

The self-administration said in a statement, “ We declare a state of public mobilization for three days at the level of north and east Syria, and call upon all our departments, institutions and people with all its components to go to the border region adjacent to Turkey to do their moral duty and to show resistance in these sensitive historical moments. ''

"We will not target the Turkish state, but if Ankara insists on the attack, we will use our legitimate right to self-defense," the military councils in al-Jazerra region said.

It added that "the Turkish state is determined to deepen the Syrian crisis and prolong the war."

It noted that " Ankara seeks to open new territory for ISIS fighters and extend the terrorist groups."

The military councils in the al-Jazerra region called on human rights organizations, democratic institutions, the European Union and the United Nations to "take a stand against Turkish attacks."

The world is cautiously watching developments north of Syria, where Turkey has vowed to launch a military operation "within 24 hours," according to Turkish officials, despite US warnings of the consequences of what would happen to Ankara if it took such a step.

Turkey had reinforced the impression that an attack on the YPG was imminent, after the Turkish Defense Ministry announced that "all preparations have been completed to launch an operation," according to France Press Agency.

"The Turkish army with the Free Syrian Army will soon cross the Turkish-Syrian border. The YPG has two options: they can defect or prevent them from disrupting our efforts against ISIS," Fakhruddin Alton, director of communications at the Turkish presidency, said in a tweet.

Turkey has sent new armored vehicles to its border with Syria on Tuesday, and an AFP journalist saw a convoy near Agca Castle town in the Turkish province of Urfa.

The official Anatolia news agency confirmed the transfer of construction equipment within the convoy bound for the border to strengthen military units.

Turkey to vote on a controversial law on social media