In a statement from Nouja Air Base in Hamadan, western Iran, Khani described the status of the Iranian Air Force as "unrivaled" in providing security for the country's airspace and "removing the shadows of takfiris and obnoxious hypocrites."

"The Iranian air force shelled sensitive centers in Iraq only three hours after the Baath regime had launched its aggression against Iran in 1980," Khani said.

"The violin operations of 99, the spectacular E3 operations and the great strikes against the hypocrites and the takfiri forces, all of which have been achieved in a spirit of sacrifice and redemption, in light of the sophisticated intelligence and operational planning," he added.

Iran comments on US moves in Iraq: it will bring catastrophic conditions to the region 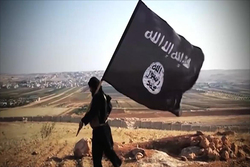