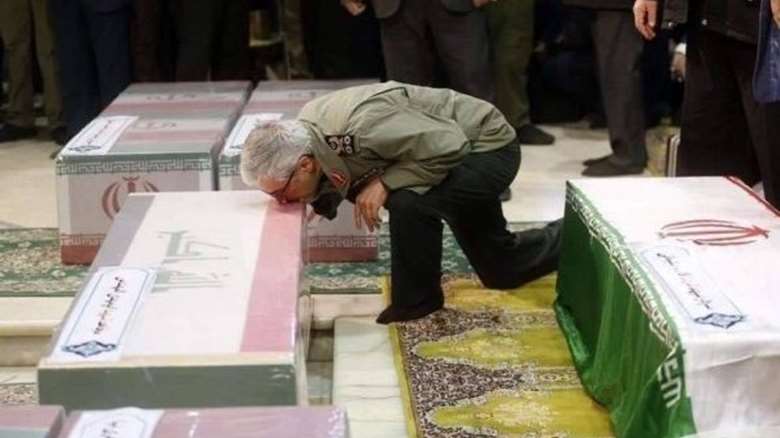 Shafaq News / Iranian Chief of Staff Major General , Mohammad Baqeri denied on Thursday, his country's relation with targeting US bases in Iraq, saying that it was a "normal reaction" of Iraqis and the resistance movements on Washington assassinating Qasim Soleimani and Abu Mahdi al-Muhandis.

Baqeri referred to America's moves in the region and said, "If America has the slightest bad intentions towards our country's security, it will face the most severe reactions."

He added, in statements reported by the Iranian television, that "his country is monitoring the American moves in Iraq and the Gulf waters and is following them moment by moment and is ready to deal with any movement against them," pointing out that "the Iranian defense systems carefully monitor all the land, air and sea borders of the country."

Baqeri said, "The Americans are well aware that the people of the region, including the Iraqi people, reject their illegal military presence in their countries."