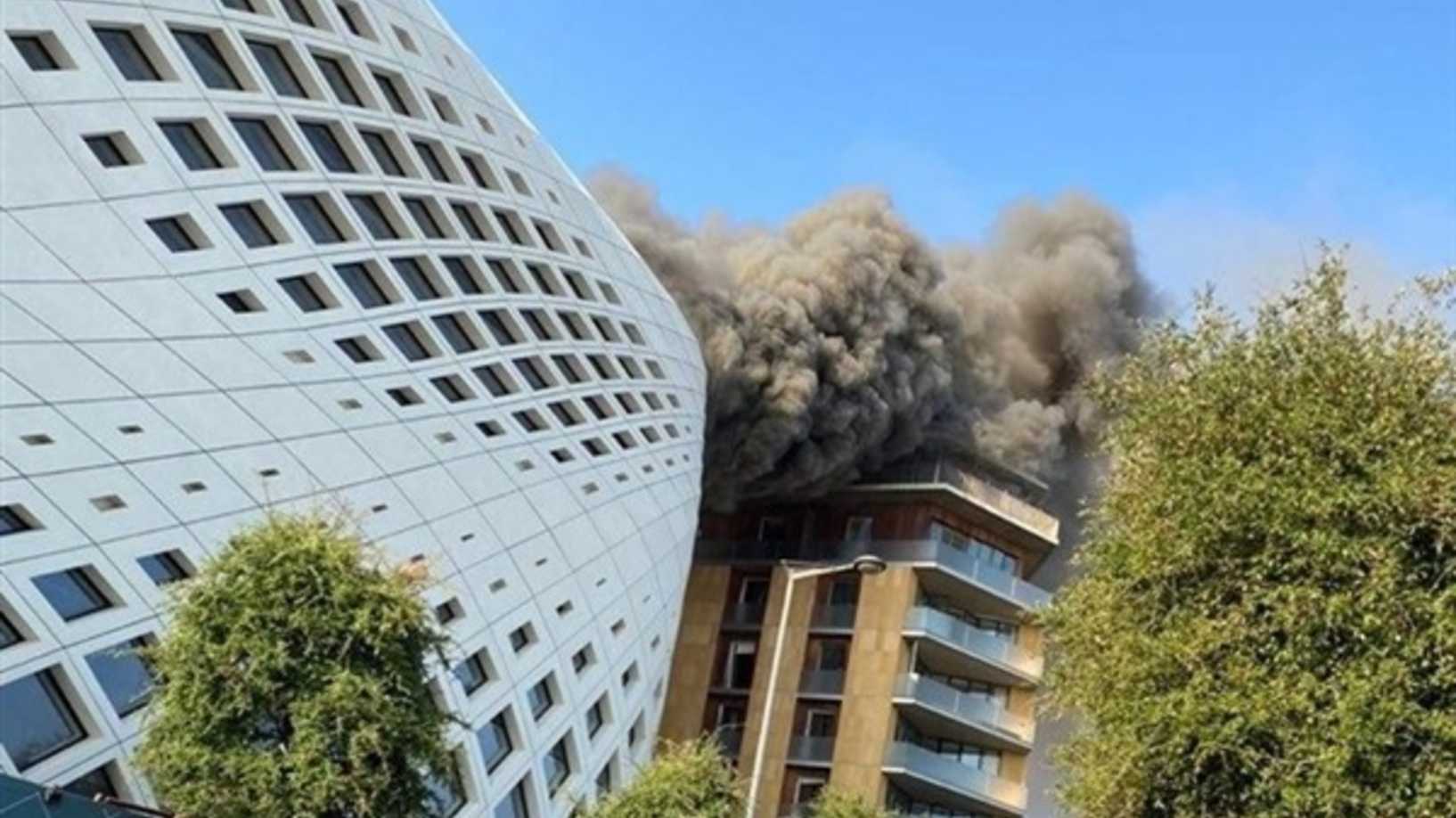 Shafaq News / On Monday morning, a large fire broke out inside a commercial complex in the center of the Lebanese capital, Beirut, without knowing the causes.

The Civil Defense declared that the fire is under control

Information stated that the building belongs to the clothing company, "AISHTI", and was designed by the Iraqi engineer Zaha Hadid who died in 2016, and the building is considered one of her latest designs

The information stated that the design budget for the project, whose construction work has not yet been completed, amounts to $ 40 million.

Moreover, some activists asked about the background of this fire, holding the politicians responsible, especially since a fire broke out in Beirut Port, where a blast turned the capital into a disaster city, on August 4.