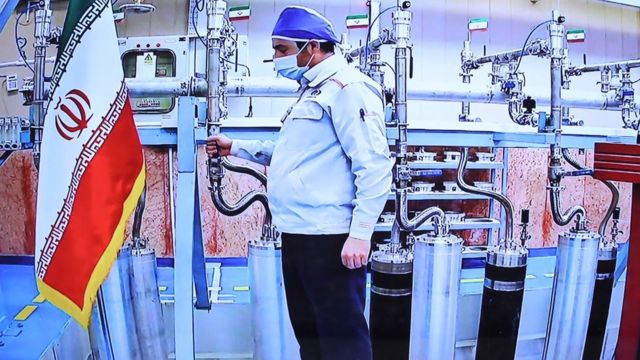 Shafaq News/ The Hebrew newspaper “Yediot Aharonot” revealed that the Israeli military establishment recently began discussing the possibility of Tel Aviv being forced to attack Iran’s nuclear facilities in the near future.

The newspaper described the discussions as not just talking, but rather there are preliminary preparations to implement some of the attack plans prepared by the IDF General Staff, led by Chief of Staff Aviv Kohavi.

The newspaper reported that preparations are underway under the leadership of Defense Minister Benny Gantz, senior officials in the Israeli Foreign Ministry and the Minister of Finance.

Gantz and Lieberman are currently discussing a significant increase in the defense establishment’s budget for the next five years, the purpose of which is to finance infrastructure and preparations for an Israeli offensive step that prevents Iran from acquiring nuclear weapons.

Israeli Prime Minister Naftali Bennett and Defense Minister Benny Gantz, as well as Minister Avigdor Lieberman, considered that Netanyahu did not abuse his influence over the previous US administration led by President Trump, nor his ability to talk to the Biden administration about US aid that could enable Israel to develop.

According to the newspaper, the discussions come in light of the fact that in the past two years, Iran has developed and accelerated the enrichment of uranium and accumulated fissile material to varying degrees of enrichment, which brings it closer to making a nuclear bomb.