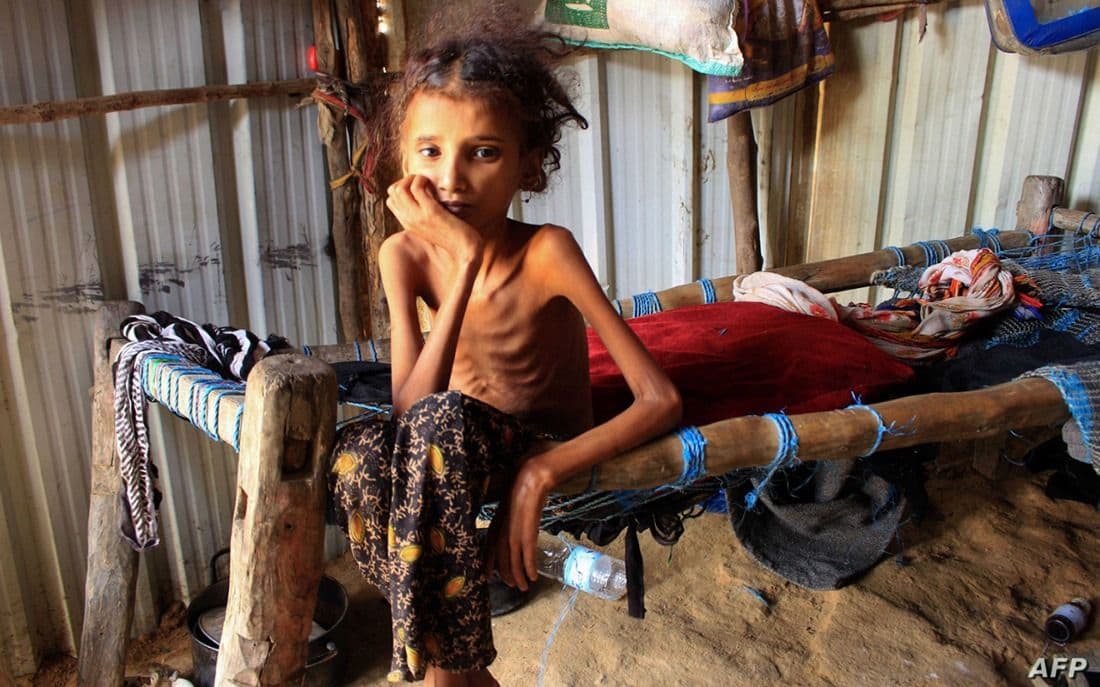 Shafaq News/ About 70 % of Yemenis are at risk of starvation, the World Bank said yesterday.

"The six-year conflict in Yemen has left at least 24.1 million people in need of humanitarian assistance, including 12.3 million children and 3.7 million internally displaced," the Bank said in a report published on its website.

The report added that "about 70 % of the population is at risk of hunger in a country that is already among the most food-insecure countries in the world."

"The conflict has destroyed the national economy, as the GDP has halved since 2015, pushing more than 80 percent of the total population below the poverty line," it added.

According to the report, food prices have also risen due to the fighting in the vicinity of seaports, the suspension of commercial imports and the resulting shortage of supplies, and the depreciation of the Yemeni riyal, which currently barely exceeds a third of its 2015 value.

The United Nations estimates that the war in Yemen, which killed more than 233,000 people and displaced millions, has led to the worst humanitarian crisis in the world.