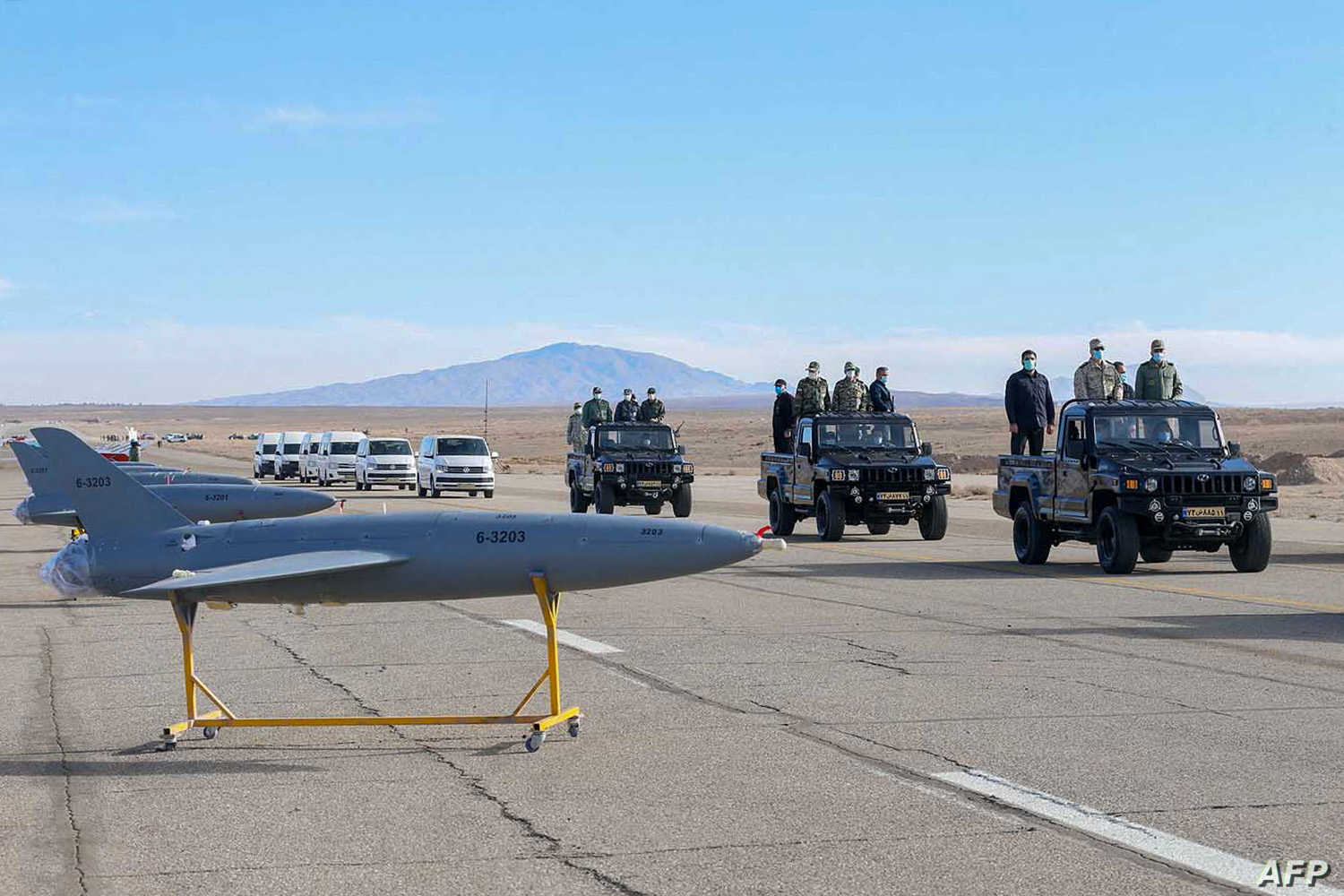 Shafaq News/ The U.S. plans a sanctions campaign against Iran’s evolving capabilities for precision strikes using drones and guided missiles, according to U.S. officials, amid concerns over the threat these weapons represent to American and allied interests.

The effort comes as Western security officials say they see those capabilities as a more immediate danger to Middle East stability than Iran’s nuclear-enrichment and ballistic-missile programs.

The U.S. has sanctioned some of Iran’s missile programs in past years, but officials said that targeting Iran’s procurement networks, such as the providers of parts used to build the drones and precision-guided missiles, could more effectively disrupt those activities.

“It’s part of a comprehensive approach so we’re dealing with all aspects of the Iranian threat,” a senior U.S. official said.

Top military and diplomatic officials say they have seen a major increase in the use of guided missiles and drones against U.S. forces and allies.

“Iran’s drones are becoming an increasing threat to our allies in the region,” said another U.S. official.

Iran’s representatives at the United Nations in New York didn’t respond to a request for comment.

The planned campaign comes as the Biden administration considers tightening enforcement of oil sanctions to pressure Tehran to soften its position in stalled negotiations over compliance with a 2015 international nuclear agreement. But the officials said the planned drone and missile measures are a separate part of Washington’s Iran policy.

The Biden administration has offered to lift a host of sanctions in exchange for Tehran’s return into compliance with the 2015 nuclear accord. Iran’s government has said it would comply only if the U.S. repeals all sanctions, including those targeting its missile programs and the terror designations against the Islamic Revolutionary Guard Corps and the IRGC’s specialized Qods Force.

The Biden administration says that many of those sanctions are outside the scope of the nuclear deal and that it plans to continue the U.S. pressure campaign against Iran’s support for regional conflicts and the ballistic-missile program banned by the U.S. and internationally.

Because the U.S. views many of the existing missile and terror sanctions as separate from the nuclear deal, the U.S. expansion of sanctions against Iran’s drone and precision-guided missile programs shouldn’t be misinterpreted as an effort to prod Tehran on the stalled nuclear talks, the senior official said.

Among early signs of the expanded sanctions program are a series of recent Treasury Department sanctions against Iran-backed Houthi officials in Yemen and their supporters that cite the use of drones and missiles by fighters.

Iran’s precision-strike capabilities were highlighted in 2019 when a drone attack shut half the crude-oil output of Saudi Arabia—the world’s biggest oil exporter—and the U.S. blamed Tehran.

A few months later, Washington considered striking a drone factory near the central Iranian city of Isfahan amid an escalation of tensions following the killing of Iranian commander Qassem Soleimani, U.S. officials said at the time.

Saudi Arabia, a longtime adversary of Iran and its primary challenger as regional hegemon, has been attacked more than 100 times in recent months by ballistic missiles, unmanned aerial systems, small drones and cruise missiles fired by Iranian proxies in Yemen, officials have said.

Iranian drone technologies were also used by Islamist group Hamas against Israel during their short conflict in May, Israeli officials and security analysts said.

Iran has developed a domestic production base for its unmanned aerial vehicles in the face of successive U.S. sanctions campaigns, the Washington-based International Institute for Strategic Studies said in an assessment earlier this year of Iran’s missile and drone capabilities.

However, subsystems and components for its drones, notably engines and microelectronics, continue to be imported through illicit channels, the think tank said.

Those channels and companies involved in them could be targeted by U.S. sanctions, a move analysts said could be as crippling as the international arms embargo that expired last year.

"It would notably disrupt Iran’s defense supply chain," particularly imports from any providers in Russia and China, said Robert Czulda, an assistant professor specializing in Iran at Poland’s University of Lodz.

Using financial coercion gives the U.S. a diplomatic alternative to carrying out military strikes on missile and drone factories, officials say, as the Biden administration is seeking to avoid confrontations with Iran and its proxies in Yemen, Syria and Iraq.

Critics of the administration’s Iran policy say the U.S. needs to do more, such as requiring authorities in Lebanon to root out weapon factories in Beirut. Western intelligence and Israeli officials have said members of Iran-backed Hezbollah, a U.S.-designated terror group, are building precision-guided missiles and drones that represent a top national security threat to U.S. ally Israel.

U.S. and Israeli officials have said they want to find ways to eliminate new factories being built in Lebanon by Hezbollah for precision-guided missiles. Lebanese officials and Hezbollah leaders have denied the existence of weapons plants.

Iran’s evolving ability to launch precision strikes represents a growing threat in part because of the concentration of strategic Western assets in the region and because the weapons represent a low-cost, low-risk option with high potential impact. Covert factories can be located near targets, sidestepping the ability of the U.S. and its allies to disrupt arms shipments along supply lines.

The drones and guided missiles also can be launched from afar: Iran says some of its drones now have a strike range of 4,400 miles. U.S. and Western officials consider many Iranian military claims to be exaggerated, but haven’t specifically rebutted the Iranian assertion.