US to support Afghan forces Against Taliban in Kabul if necessary 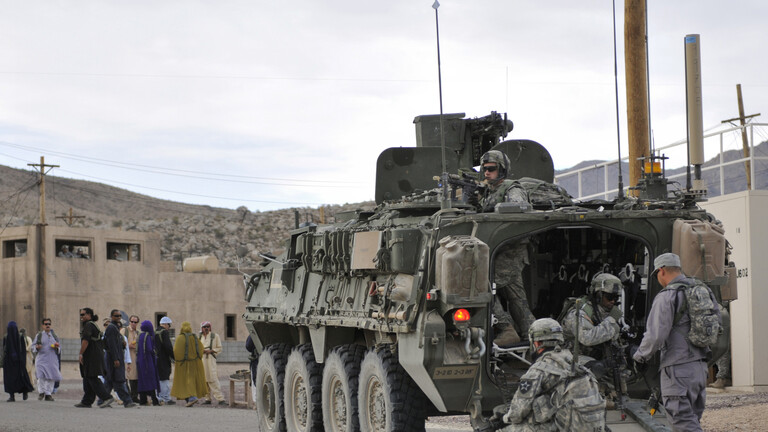 Shafaq News/ The New York Times reported on Wednesday that the Pentagon is ontemplating looking for authorization to supporting Afghan forces with holding out airstrikes if Kabul or one other main metropolis is in peril of falling to the Taliban.

The recent consideration over airstrikes puts a strain on U.S. President Joe Biden’s pledge to withdraw all American troops by September 11.

The Times reported the Biden administration initially planned to end US air support when troops were withdrawn, but that concern over the consequences of withdrawal has prompted them to reconsider.

Officials told The Times no selections have been made but that there are active talks over what a US response would look like should the Taliban capitalize on US withdrawal and move in to threaten takeover of a major city, especially Kabul, the capital.

In April, the Biden administration made the controversial announcement that American troops would be out of Afghanistan by September 11, the 20th anniversary of the 9/11 terror attacks that pulled the US into the war. The Trump administration had previously set a deadline of May 1 following a deal negotiated with the Taliban.

"We were attacked. We went to war with clear goals. We achieved those objectives," Biden said when the new deadline was announced. "Bin Laden is dead and al Qaeda is degraded in Afghanistan and it's time to end the forever war."

Critics of withdrawal plans, including top Republican lawmakers, argued that leaving zero troops in the region would embolden radical Islamists and risk progress that had been made.

"President Biden will have, in essence, canceled an insurance policy against another 9/11," Sen. Lindsay Graham said of the plans to withdraw. Senate Minority Leader Mitch McConnell said withdrawal would be a "grave mistake" and a "gift" to US enemies.

The Times reported the latest discussions at the Pentagon of maintaining the possibility of air support echo concerns that Afghan forces will struggle to contain the Taliban once US ground forces are gone.

Pentagon ramping up airlift of U.S. citizens and allies from Kabul