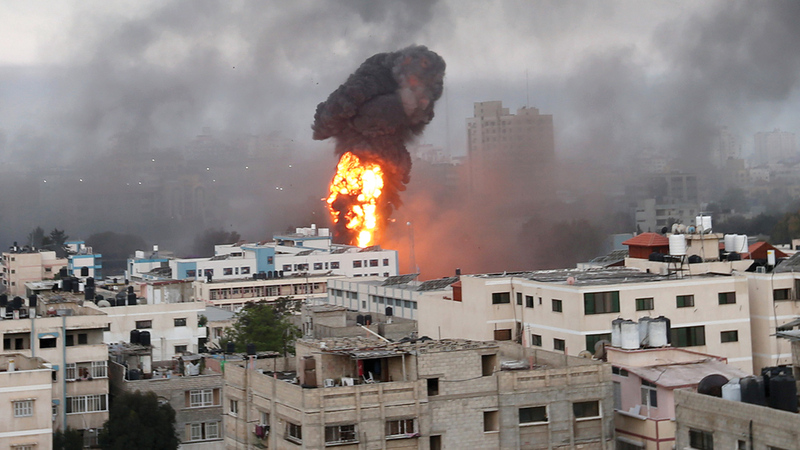 Shafaq News/ The United States fully supported Israel's right to defend itself, the State Department said on Saturday, and it urged all sides to avoid further escalation as Israeli air strikes pounded Gaza while the militant Islamic Jihad group fired rockets into Israel.

At least 24 Palestinians, including six children, have been killed and 203 wounded during the two days of firing, according to the Gaza health ministry.

The State Department also said it was concerned by reports of civilian deaths and called for "a timely and thorough" probe into those casualties. It did not elaborate.

Palestinian militants fired over 400 rockets at Israel - most of them intercepted, setting off air raid sirens and sending people running to bomb shelters. There were no reports of serious casualties, the Israeli ambulance service said.

A State Department spokesperson told Reuters the United States was in touch with Israeli officials and others in the region to prevent further escalation.

An Egyptian intelligence delegation headed by Major General Ahmed Abdelkhaliq arrived in Israel on Saturday and would be travelling to Gaza for mediation talks, two Egyptian security sources told Reuters. They were hoping to secure a day's ceasefire in order to carry out the talks, the sources added.