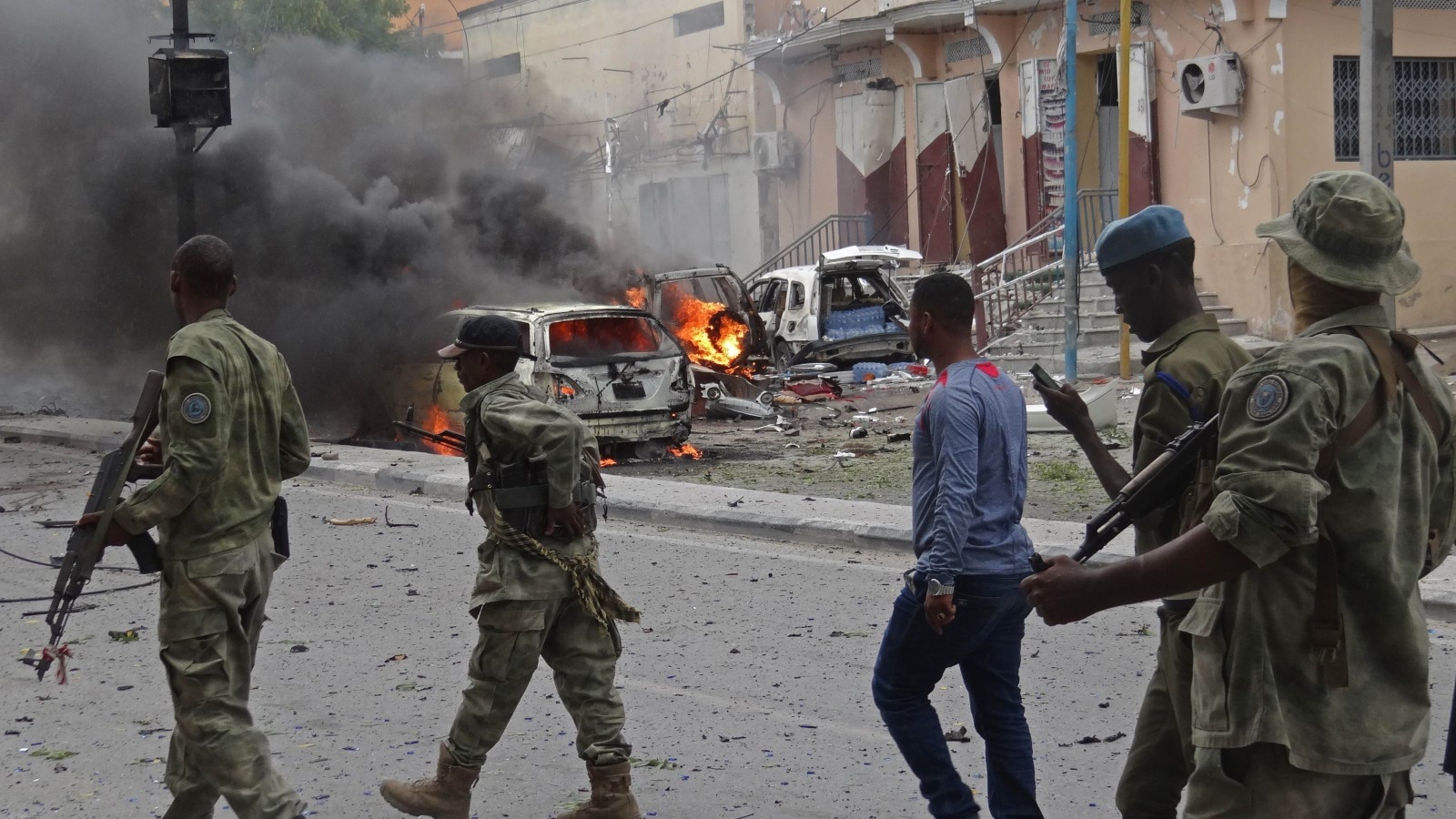 Shafaq News/ The United States on Tuesday carried out an air strike against al Shabaab militants in Somalia, the first strike in the country since President Joe Biden came into office.

Al Qaeda-linked insurgent group al Shabaab is seeking to topple the government and establish its own rule in Somalia based on its own strict interpretation of Islamic sharia law.

In a statement, the Pentagon said the strike took place near Galkayo, Somalia.

While the United States has frequently carried out air strikes in Somalia against al Shaabab, this was the first since Jan. 20 when Biden took office.

The group's campaign of bombings and gun attacks has targeted Somali military bases and civilian infrastructure including hotels, bars and schools in both Somalia and other regional countries.

The Secretary-General of Asa'ib Ahl al-Haq: Iraqis began to lose confidence in the Intelligence Service

Shafaq News/ The Secretary-General of Asa'ib Ahl al-Haq, Qais al-Khazali, called on the Iraqi parliament to question the Iraqi government and its head, Mustafa Al-Kadhimi.

Al-Khazali said in a TV interview, that "the Iraqi intelligence services have been involved in the work of the High Elections Commission to elections fraud, and unfortunately, its intelligence tasks are now to collecting information about the resistance factions and political blackmail…the people began to lose confidence in the Intelligence Service because of Inaccuracy in reporting the news.”

The Secretary-General described the government as "deserving the title of failure in the history of the modern Iraqi state," noting that "millions of Iraqis are suffering from high prices and the government has not developed any solutions to the economic crisis."

Al-Khazali accused the United States of standing behind the recent escalation of ISIS activity, “we hold it responsible for killing our people, and we will respond to its crimes and warn it against continuing to kill civilians," adding, "We have never heard of a role for US intelligence in helping Iraq arrest ISIS terrorists."

He believed that the reason behind targeting Al-Sadr City was "security and intelligence complicity from personalities and that when Al-Kadhimi “held certain security leaders responsible of the attack, he aimed at covering up the real officials."

"The Coordinating Committee of the Iraqi Resistance announced previously that Al-Kadhimi proved his inability to demand the United States to withdraw its forces."

Al-Khazali expected that "the Iraqi-US negotiations will be announced as successful, and the United States will agree to the government's request to withdraw its forces.”

He said, "American aircraft are flying over areas where there is no ISIS presence for spying, and the American forces are controlling the Iraqi airspace saying they have participated in the fight against ISIS."

He added, "It is said that there are 3,500 American fighters in Iraq, and this number is not true, and I am certain that no one knows the number of American forces in Iraq," challenging "the Prime Minister, the Commander-in-Chief of the Armed Forces(Al-Kadhimi), to enter the American bases or count the soldiers."