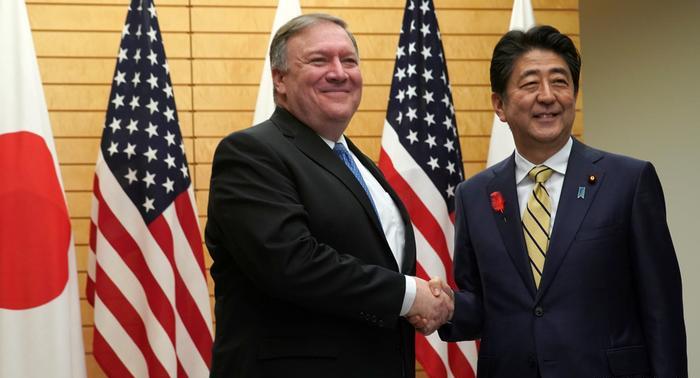 Shafaq News/ The U.S. State Department said Wednesday that it’s investigating the disappearance of a nearly $6,000 bottle of whiskey given to former Secretary of State Mike Pompeo by the government of Japan.

The department said in a notice posted in the Federal Register that the whiskey’s whereabouts are unknown and “it’s looking into the matter and has an ongoing inquiry.”

The Japanese whiskey was valued at $5,800 and was presented to Pompeo in June 2019, presumably when he visited the country that month for a Group of 20 summit that was also attended by President Donald Trump. But unlike other gifts, the department said there was no record of what had become of the bottle.

Pompeo’s attorney, William A. Burck, said the former secretary of state doesn’t know what became of the gift.

“Pompeo has no idea what the disposition was of this bottle of whiskey,” Burck said.

The State Department didn’t offer any additional details. Its Office of Protocol is required to record gifts given to U.S. officials and keep track of their disposition. Recipients have the option of turning gifts of a certain value over to the National Archives or another government entity or purchasing them for personal use by reimbursing the Treasury Department for their value.

Former President Donald Trump received a number of expensive gifts in office, according to the State Department’s notice, including a 9mm pistol from the Czech Republic, a hardwood bench carved to resemble a jaguar from Brazil, and a brown leatherbound book of Hebrew songs from Israel. They were all transferred to the National Archives.