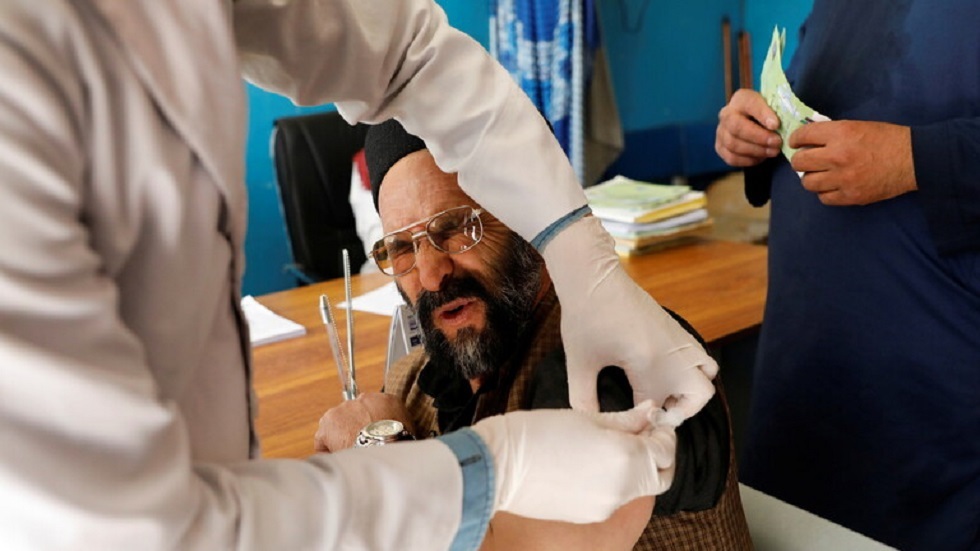 Shafaq News / In the first week following the Taliban conquest of Kabul, COVID-19 vaccinations in Afghanistan have dropped by 80%, the U.N. agency UNICEF said, warning that half of the few doses delivered to the country so far are close to expiry.

The Taliban seized control of the Afghan capital on Aug. 15, having already captured most of the country earlier in the month after the United States decided to withdraw military forces after 20 years of war.

Since the Taliban takeover "there's been an 80% drop in people reached with COVID-19 vaccines," a spokesperson for UNICEF told Reuters.

In the week starting on Aug. 15, 30,500 people had been vaccinated in 23 of the 34 provinces of the country, whereas the previous week 134,600 people were inoculated in 30 provinces, according to figures provided by UNICEF, which coordinates the rollout of COVID-19 shots distributed across the world by the World Health Organization (WHO) vaccine programme Covax.

"The drop is understandable, as in situations of chaos, conflict and emergency, people will prioritize their safety and security first," the UNICEF spokesperson said, noting the U.N. agency has been calling on all Afghan healthcare workers, including women, to return to work.

The spokesperson declined to comment about whether the drop in inoculations was also the result of Taliban's possible vaccine scepticism, but warned about risks caused by a protracted slowdown in the vaccination campaign.

Nearly 2 million doses of the Johnson & Johnson (JNJ.N) vaccine delivered to Afghanistan, which is about half of the total so far, expire in November, the UNICEF spokesperson said.

WHO data show that only 1.2 million doses had been administered as of Aug. 20 in Afghanistan, which has a population of 40 million.

Gavi, which co-leads Covax with the WHO, said the programme has so far delivered over 4 million doses to Afghanistan.

"Our priority today is to work with UNICEF and WHO country offices (..) to ensure our ability to continue the country's COVID-19 vaccination programme," a Gavi spokesperson told Reuters, declining to comment on whether vaccinations had been hampered by the Taliban.

UNSG urges the Security Council to intervene in Afghanistan