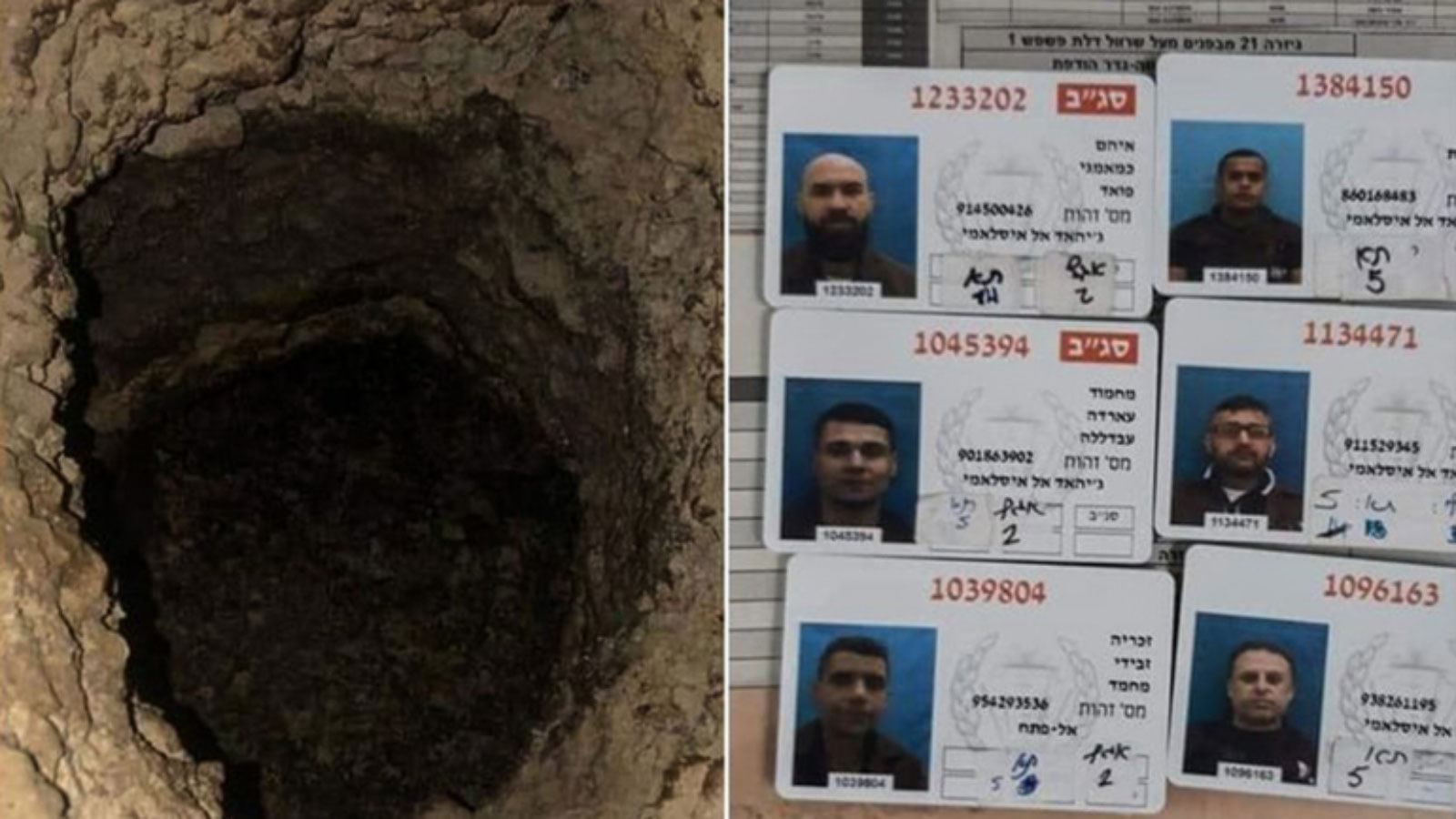 Shafaq News/ Two Palestinian fugitives were captured in Nazareth on Friday, days into a manhunt that began after they escaped from a maximum security Israeli prison along with four others.

Islamic Jihad members Mahmoud Aradeh and Yakub Kadari were caught after civilians spotted two suspicious figures and reported them to the police. The two were taken for questioning by the Shin Bet security services. They did not resist arrest.

Aradeh's brother, Mohammed, who also fled from Gilboa Prison, is thought to be the one who planned the escape. Zakaria Zubeidi, a former Al-Aqsa Martyrs' Brigade leader and the most prominent of the escapees, has not been captured.

The arrests came after a family in Nazareth told the police that two Palestinians came to their home, asking for food. This aroused the officers' suspicion, and they started searching the area until capturing the two escapees. Police are investigating whether the two received help after their made their escape.