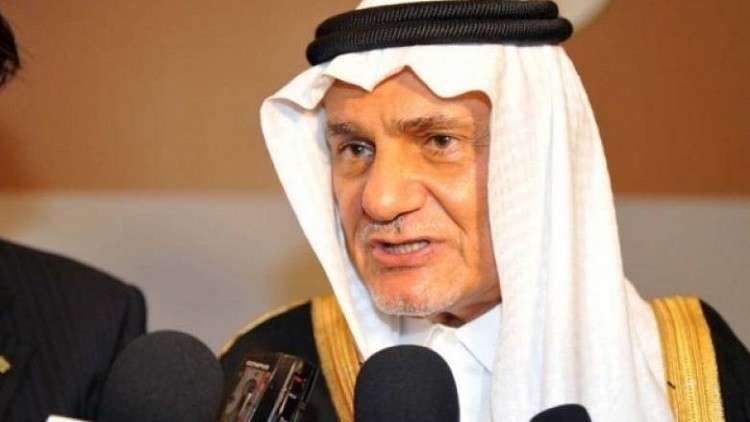 In his interview with Sky News TV channel, Al-Faisal said, "Two of this trio of saboteurs normalized with Israel, namely Qatar and Turkey and have friendly relations with it. As for Iran, it claims to be the protector of Palestine, while what it is really doing is colonizing Arab countries and proud of that." Adding that, Iranian say that they have taken control of 4 Arab capitals, which are Baghdad, Damascus, Beirut and Sana'a.

"On the other hand, we do not forget that Iran, during the Iran-Iraq war brought weapons from Israel, it's are matters that everyone knows and sees."

Prince Turki Al-Faisal noted that "the Arab peoples know exactly what is happening through social media, which has revealed everything, including the normalization of Turkey and Iran."

He explained, "Peace with Israel is the sovereign right of the UAE and Bahrain, and no one can oppose them ... and they stressed the need to be a solution that takes into consideration the establishment of a Palestinian state, with Jerusalem as its capital, on the basis of the principle the two-state solution."

Prince Turki Al-Faisal pointed out that the UAE " received a promise to stop settlement activity in the West Bank; and US President Donald Trump saw the response provided by the UAE to his endeavor to conclude peace between Israel and the UAE as a personal gain for him, and for the UAE and Bahrain as well."