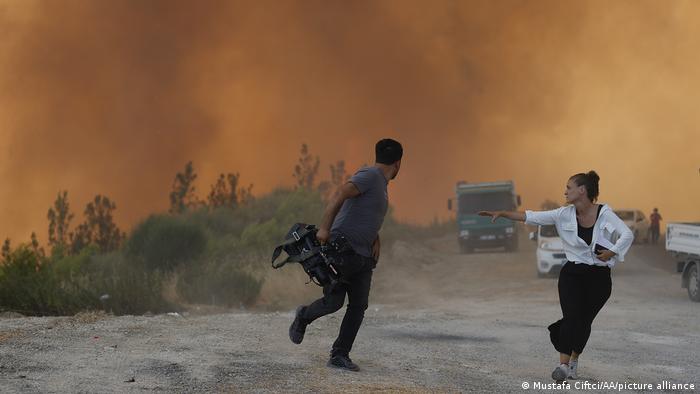 Shafaq News/ Turkey’s Interior Minister, Suleyman Soylu, said that it is early to accuse the Kurdistan Workers Party (PKK) of the fire in the Turkish forests

The Minister added, "A special committee has been formed to investigate the fires. We have received 270 requests about this, and we are checking each of them. Intelligence is also working in this field…But we cannot make statements now... There are detainees and the investigation is still ongoing."

He indicated that the fires might be caused by sabotage, negligence, or terrorist act.

He said, “The PKK has been engaged in economic sabotage for about three years, including breaking out fires in forests, but we are not sure of being behind the latest incidents..."

Since Wednesday thousands of people have been evacuated from their homes. Locals, as well as support teams from Russia, Ukraine, Iran, and Azerbaijan, were deployed to help firefighters. The Turkish government pledged to rebuild damaged homes and compensate for losses in areas affected by the fires.

The Iraqi embassy in Turkey closed due to COVID-19