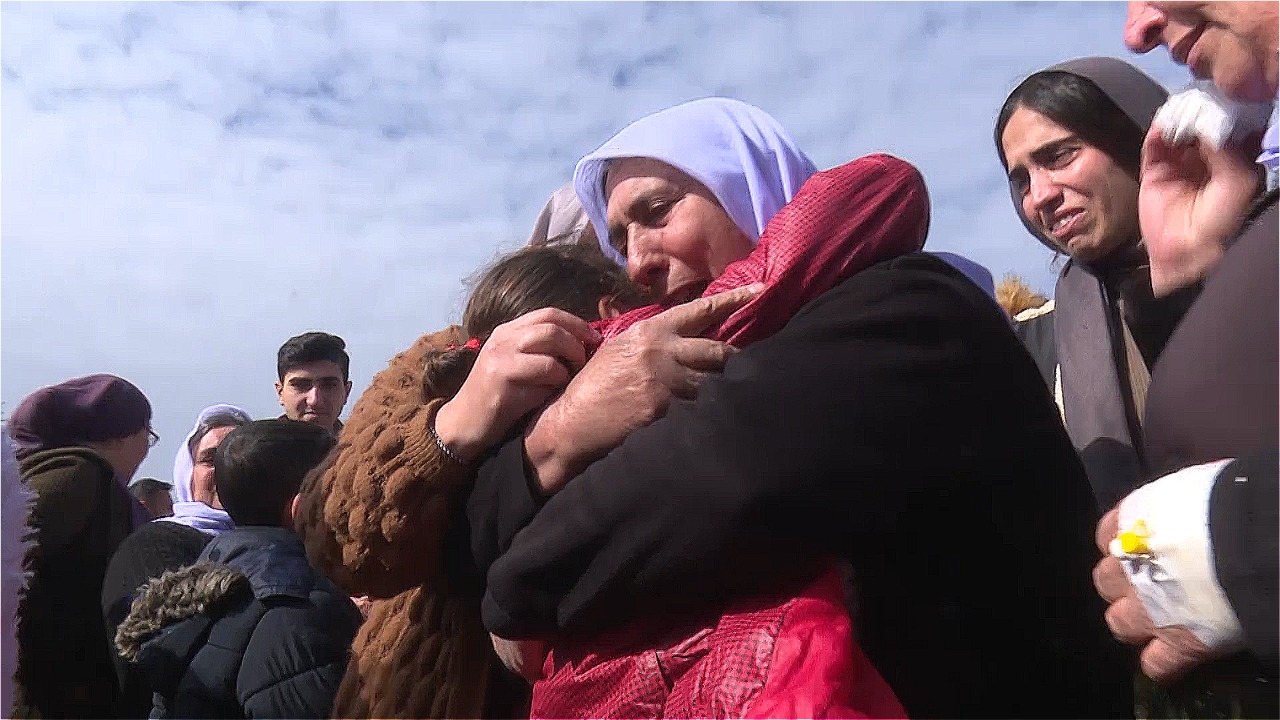 Shafaq News / Turkey should face charges in front of the international court of justice for being complicit in acts of genocide against the Yazidi people, while Syria and Iraq failed in their duty to prevent the killings, an investigation endorsed by British human rights lawyer Helena Kennedy has said.

The groundbreaking report, compiled by a group of prominent human rights lawyers, is seeking to highlight the binding responsibility states have to prevent genocide on their territories, even if they are carried out by a third party such as Islamic State (IS).

The lawyers, grouped under the title of the Yazidi Justice Committee (YJC), said there was accountability under international law for states to prevent the crime of genocide under the Genocide Convention. Sir Geoffrey Nice QC, chair of the YJC, described the genocide of the Yazidi people as “madness heaped on evil”.

It is widely accepted that genocide was attempted against the Yazidis, a religious minority, from 2013 in Iraq and Syria. The report, which followed a three-year inquiry that investigated the conduct of 13 countries, concluded three of them failed in their duty to take reasonable steps to prevent the genocide.

In the case of Turkey, the committee went further by accusing its leaders of being complicit in the massacres, alleging it failed to police its borders to halt the free flow of IS fighters, including a significant number of Turkish nationals. Turkish officials have said the criticisms are baseless.

The committee claimed that from April 2014, Turkish officials turned a blind eye to the sale, transfer and enslavement of Yazidi women and children, and helped train fighters affiliated with IS to fight its Kurdish enemies in Syria, so strengthening the perpetrators of the genocide.

“Turkish officials knew and/or were wilfully blind to evidence that these individuals would use this training to commit prohibited acts against the Yazidis,” the report said.

The report noted similar allegations have been made against some Gulf states, including Qatar, but insufficient evidence was produced.

The 278-page report acknowledged that by June 2014, Iraq had called on the UN to recognise the atrocities committed by IS, but accused the Iraqi government of not coordinating with Kurdish authorities or taking measures to evacuate the Yazidis to safety.

Syria’s government, the report alleged, failed to prevent the transfer and detention of enslaved Yazidis on its territory.

The Turkish ambassador to the UK, Ümit Yalçın, said the criticisms were baseless and unfair. He said Turkey “starting from the early years of the conflict in Syria played a key role in the protection of Syrian civilians and minorities, including Yazidis, in the region against the attacks and violations of terrorist groups.

“Turkey not only opened its doors and became a safe heaven for millions of Syrians and Yazidis but also provided protection for the people of the region through three counter terrorism operations in Syria. Today Yazidis live peacefully in areas that are under the control of the legitimate Syrian opposition in north-western Syria.

“Moreover, last year many Yazidi families that took refugee in north-western Syria tried to return to their homes in Syria’s north-east but [were] prevented from doing so by PKK/YPG [the initials of the Kurdish groups in Turkey and Syria].”

Lady Kennedy, in her joint foreword with Lord Alton, said “an ocean of impunity exists in relation to the Yazidi genocide”, noting that IS as a non-state actor cannot be prosecuted under international law.

Meanwhile, states had “failed to in their duty to address their responsibilities to prevent the genocide for a variety of inhumane reasons”. If they are not held accountable, she wrote, “then the promise of ‘never again’ rings hollow”.

Yazidi abductee, 17, repatriated from al-Hol camp after years in captivity

Syrian Kurds say they have stopped operations against IS

Yazidis plead with Canada not to repatriate ISIS members