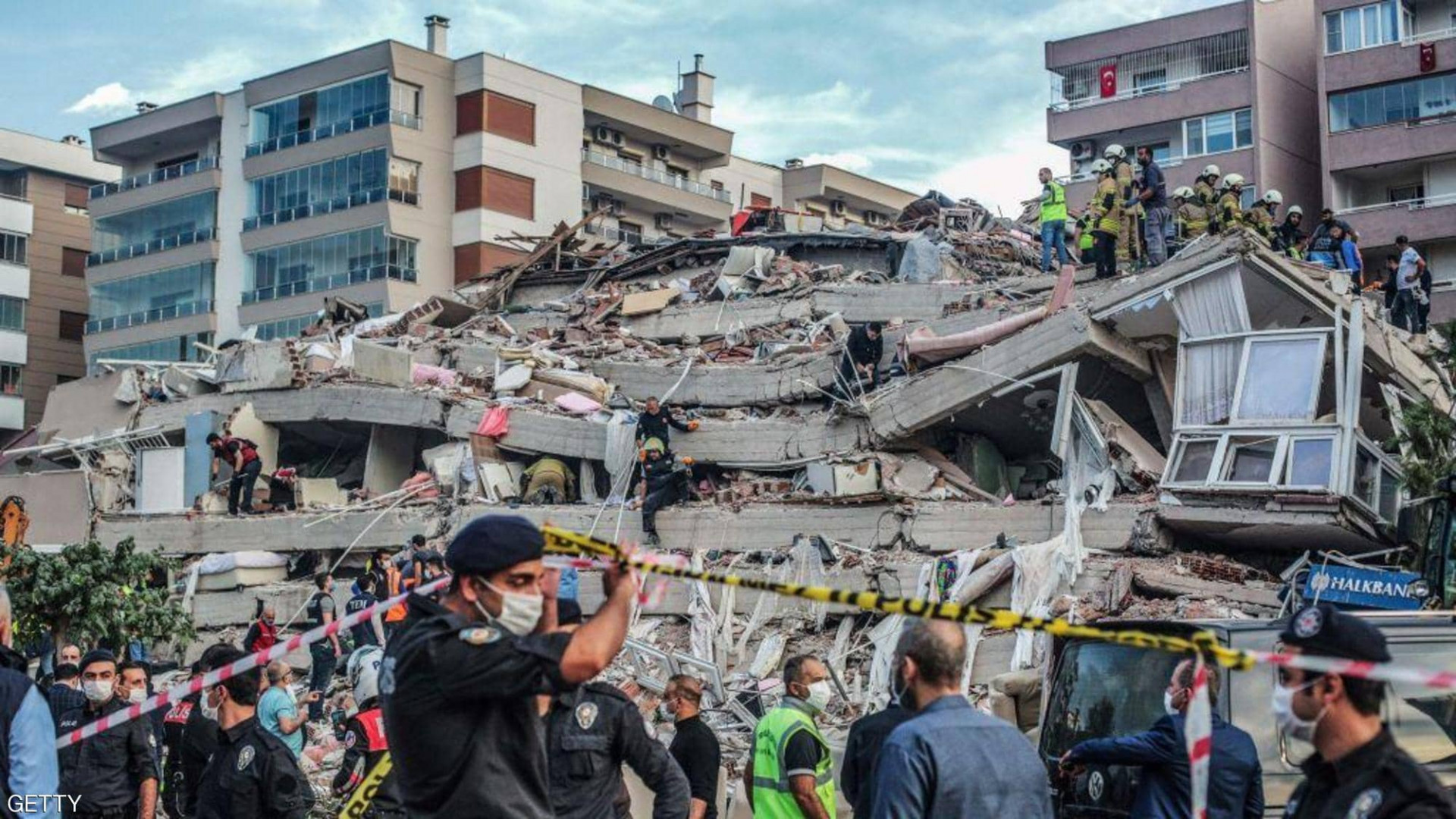 Shafaq news/ (DW) Rescue teams pulled out two girls alive from the wreck of their collapsed apartment buildings in the Turkish coastal city of Izmir on Monday, three days after an earthquake in the nearby Aegean Sea.

As many as 81 people are known to have died from the quake which stuck on Friday, toppling buildings in Turkey's third-largest city.

Rescuers managed to pull 14-year-old Idil Sirin from the rubble after being trapped for some 58 hours. Her eight-year-old sister, Ipek, did not survive.

The state-run Anadolu Agency reported she had been buried under the wreckage for 65 hours and became the 106th person to rescued alive.

Both survivors were immediately taken to hospital for treatment.

Muammer Celik of Istanbul's search-and-rescue team told NTV he initially thought 3-year-old Elif was dead when he reached the girl under the rubble.

"When I cleaned the dust from her face, she opened her eyes. I was astonished," Celik said. "It was a miracle, it was a true miracle."

More than 3,500 tents and 13,000 beds have been supplied to provide temporary shelter, according to Turkey's Disaster and Emergency Authority (AFAD), which said 962 people had been injured in Friday's earthquake.

More than 740 victims have so far been discharged from hospitals, AFAD said.

Turkey is crossed by fault lines and is prone to earthquakes. In 1999, two powerful quakes killed 18,000 people in northwestern Turkey.

There has been some debate among scientists about the magnitude of Friday's earthquake, with the Istanbul-based Kandilli Institute putting the magnitude at 6.9 while the US Geological Survey rated it at 7.0.

Iraq expressed solidarity with Turkey in the Earthquake disaster