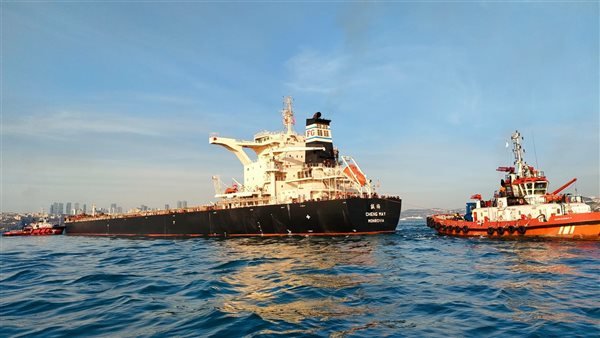 Shafaq News/ The Bosphorus Strait has been closed to traffic due to technical issues that have occurred on a coal-loaded ship, Turkey's Directorate General of Coastal Safety said.

"The Bosphorus was closed to ship traffic due to equipment malfunction on the Liberian-flagged vessel ‘CHENG MAY’, which is 295 meters [968 feet] long and carries about 170,000 tonnes of coal on board," the maritime authority said in a statement.

The Bosphorus Strait is an internationally crucial maritime route located in the northwest of Turkey. The strait forms part of the continental boundary between Asia and Europe.