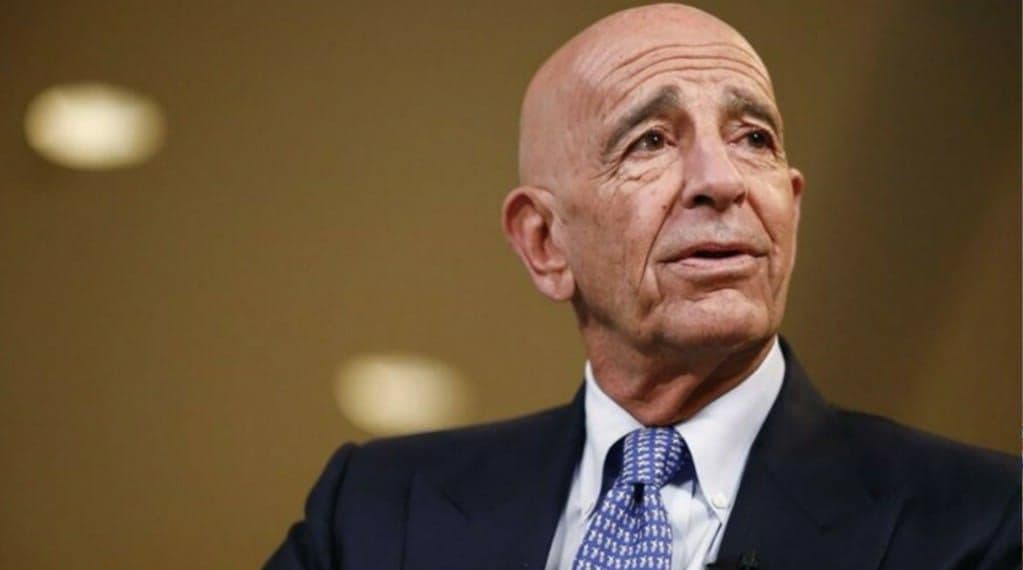 Shafaq News/ The arrest Tuesday of a key Trump ally, who is accused of lobbying illegally for the United Arab Emirates, helps illustrate how deeply the oil-rich Middle Eastern country had ingratiated itself with the United States during the Trump administration.

Between arms deals and diplomatic accords, the UAE, a relatively small crescent of land nestled between Saudi Arabia and the Persian Gulf, played a major part in former President Donald Trump’s policy in the region.

An indictment filed Tuesday in New York federal court alleges that Tom Barrack, a longtime friend and business associate of Trump’s, worked for years to develop that relationship by secretly furthering UAE interests through his influence with Trump’s 2016 presidential campaign and his administration.

Barrack, a 74-year-old private equity billionaire who was chairman of Trump’s 2017 inaugural fund, was arrested in Los Angeles on Tuesday morning.

The seven-count indictment also accuses Barrack of obstruction of justice and making multiple false statements in a 2019 interview with federal authorities. Also included in the indictment are Matthew Grimes, 27, of Aspen, Colorado; and a 43-year-old UAE national, Rashid Sultan Rashid Al Malik Alshahhi.

A judge ordered Barrack and Grimes to be detained, with bail hearings set for Monday.

“Mr. Barrack has made himself voluntarily available to investigators from the outset. He is not guilty and will be pleading not guilty,” a spokesperson for Barrack told CNBC in a statement.

The indictment said Barrack had informally advised American officials on Middle East policy, and also sought to be appointed to a senior role in the U.S. government, including as special envoy to the Middle East.

A spokeswoman for Trump did not respond to CNBC’s request for comment on Barrack’s arrest.

The UAE – a federation of seven Arab monarchies, with a population just shy of 10 million – is home to several sovereign wealth funds, such as the nearly $700 billion Abu Dhabi Investment Authority. Between 35% and 50% of the ADIA’s investments are parked in North America, according to the fund’s website.

Barrack is not the first person in Trump’s orbit whose ties to the UAE have come under scrutiny.

Nader paid the money to Broidy, sources told the AP, in order to bankroll an effort to persuade Washington to harden its stance against Qatar, a U.S. ally but a bitter rival of the UAE.

The New York Times, citing hundreds of pages of correspondence between the two men, also reported in 2018 of a campaign by Saudi Arabia and the UAE to influence the Trump White House.

Broidy in October 2020 pleaded guilty to one count of conspiring to act as an unregistered foreign agent.

The UAE, where Trump forged business ties prior to becoming president, established itself as a key partner for the U.S. in the region during the Trump administration.

The UAE signed onto the 2020 Abraham Accords, which took steps toward normalizing diplomatic relations between Arab nations and Israel. The pact made the UAE the first Persian Gulf state to normalize ties with Israel and the third Arab country, after Egypt and Jordan.

Last November, then-Secretary of State Mike Pompeo announced the Trump administration would sell more than $23 billion worth of military equipment to the UAE “in recognition of our deepening relationship” and the nation’s “need for advanced defense capabilities to deter and defend itself against heightened threats from Iran.”

The United States, the world’s largest arms exporter, sends half of its weapons to the Middle East, according to a report by the Stockholm International Peace Research Institute. Arms imports to the Middle East were 25% higher in 2016 through 2020 than in 2011 through 2015.

After Saudi Arabia and Qatar, the UAE is the next largest buyer of U.S. arms in the Middle East.