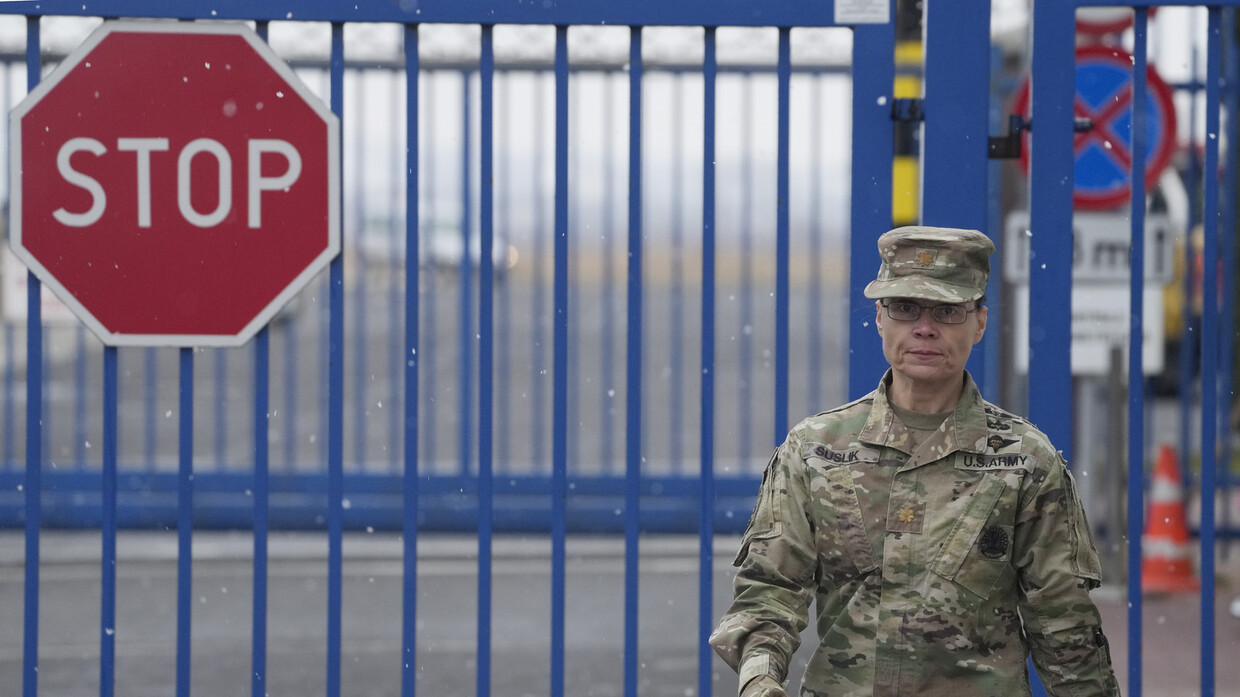 Shafaq News/ The White House has approved a Pentagon plan for U.S. troops in Poland to help thousands of Americans likely to flee Ukraine if Russia attacks, as the Biden administration tries to avoid the kind of chaotic evacuation conducted in Afghanistan.

Some of the 1,700 troops from the 82nd Airborne Corps being deployed to Poland to bolster that ally will in coming days begin to set up checkpoints, tent camps and other temporary facilities inside Poland’s border with Ukraine in preparation to serve arriving Americans, U.S. officials said. The troops aren’t authorized to enter Ukraine and won’t evacuate Americans or fly aircraft missions from inside Ukraine, officials said.

Instead, the officials said, the mission would be to provide logistics support to help coordinate the evacuation of Americans from Poland, after they arrive there from Kyiv and other parts of Ukraine, likely by land and without U.S. military support, the officials said. Roughly 30,000 Americans are in Ukraine, and if Russia attacks, some of them as well as Ukrainians and others would likely want to leave quickly, the officials said. Russia has been building up troops along the Ukraine border for months, and Western officials have said an invasion could come within weeks, while the Kremlin has said Russia doesn’t plan to invade Ukraine.

Looming over the current planning on Ukraine, defense officials said, is the memory of the rapid evacuation of more than 100,000 Americans and Afghans that U.S. and allied forces conducted in Kabul last August ending the U.S.’s war in Afghanistan.

Some of the same military commanders who were part of the Kabul mission are now leading the U.S. effort around Ukraine.

“Everyone who lived the evacuation from Afghanistan felt it was remarkable but also chaotic,” one defense official said. “That was a messy, messy withdrawal. We don’t want a chaotic withdrawal from Ukraine.”

Other officials said such evacuation planning is a prudent measure regardless of the Afghan experience, which, U.S. officials said, posed a different set of challenges than Ukraine.

In Afghanistan, the administration scrambled to deal with the Taliban’s lightning takeover of the country and the rapid cratering of the U.S.-backed Afghan government and military. U.S. forces had to be flown into Kabul to augment troops on the ground to evacuate tens of thousands of U.S. citizens and diplomatic personnel and Afghans when the capital was coming under the control of a hostile authority.

Ukraine’s government and military, by contrast, is unlikely to fall as Afghanistan’s did, should Russia launch a full-scale invasion, U.S. officials said. Instead, U.S. officials and military specialists see Russia as more likely to seize parts of Ukraine and the incursion could play out over a protracted period.

“I think it is really important to separate the two [nations.] We are not in a 20-year war with U.S. troops in Ukraine. That’s a very different circumstance,” White House press secretary Jen Psaki said Tuesday. “We continue to view our relationship, both from the White House, from the diplomatic team and from the Defense Department as one where we are closely coordinating.”

State Department officials didn’t comment on the Defense Department’s preparations in Poland, but pointed to advisories urging Americans residing in Ukraine to leave the country. The department has also authorized the departure of some U.S. Embassy staff and instructed family members to leave.

Preparing for an evacuation is among several potential tasks assigned to the forces that the U.S. began to deploy last week to North Atlantic Treaty Organization allies, particularly those closest to Russia and Ukraine. In addition to the troops from the 82nd Airborne Division in Poland, the U.S. Army’s 18th Airborne Corps is setting up a task force headquarters in Germany while an Army Stryker unit is being sent to Romania.

Russia has roughly 100,000 troops poised near Ukraine, plus additional forces conducting exercises in Belarus and deployed to the Black Sea. U.S. officials estimate that Russian President.

Putin has demanded that the U.S. and NATO forswear admitting Ukraine as an eventual member and that the alliance pull forces back from Eastern Europe. He said in December that Moscow is prepared to take “retaliatory military-technical measures” if the West continues what he called its “aggressive line.”

At least two generals who played a major role in the Afghanistan evacuation are part of the planning on Ukraine.

Army Maj. Gen. C.D. Donahue, who was in charge of evacuation out of Kabul’s Hamid Karzai International Airport and was the last American to step onto a military jet and leave Afghanistan, is now leading troops in Poland, as commander of the 82nd Airborne Division that arrived over the weekend, officials said.

Air Force Gen. Jacqueline Van Ovost, who was the head of Air Mobility Command in August and led the U.S. evacuation planning for Kabul, now is in charge of U.S. Transportation Command, which coordinates transportation for U.S. military missions world-wide.

Last spring and summer, Pentagon officials pushed to shrink the size of the massive embassy complex in Kabul, which was larger than 4,000 people, and to prepare to evacuate tens of thousands of Afghans whose lives were imperiled by their association with the U.S. military and government over the 20-year conflict. Diplomats and others inside the Biden administration, however, feared that such moves would undermine confidence in the Afghan government, and didn’t plan accordingly, according to officials at the time.

With Ukraine, evacuating Americans before any Russian move would signal to Mr. Putin that the U.S. sees an invasion is inevitable and that diplomacy to avert a conflict would be futile, U.S. officials said. At the same time, many fear that if Russia does invade, Americans could be stuck.

This week, the U.S. military released its investigation into the Aug. 26 attack outside the Kabul airport’s Abbey Gate, which killed 13 U.S. troops. In the 2,000-page document, earlier reported by The Washington Post, some military commanders expressed frustration at the State Department and White House for not planning sooner for a noncombatant evacuation operation, or NEO.

“The embassy didn’t fully participate in the NEO planning until a week prior to the fall,” one commander told investigators, referring to an evacuation of the U.S. Embassy in Kabul.

Mr. Biden, asked if Americans should leave Ukraine, said he hoped they would. “If Iwere they, if I had anyone there, I’d say leave,” he said Monday.