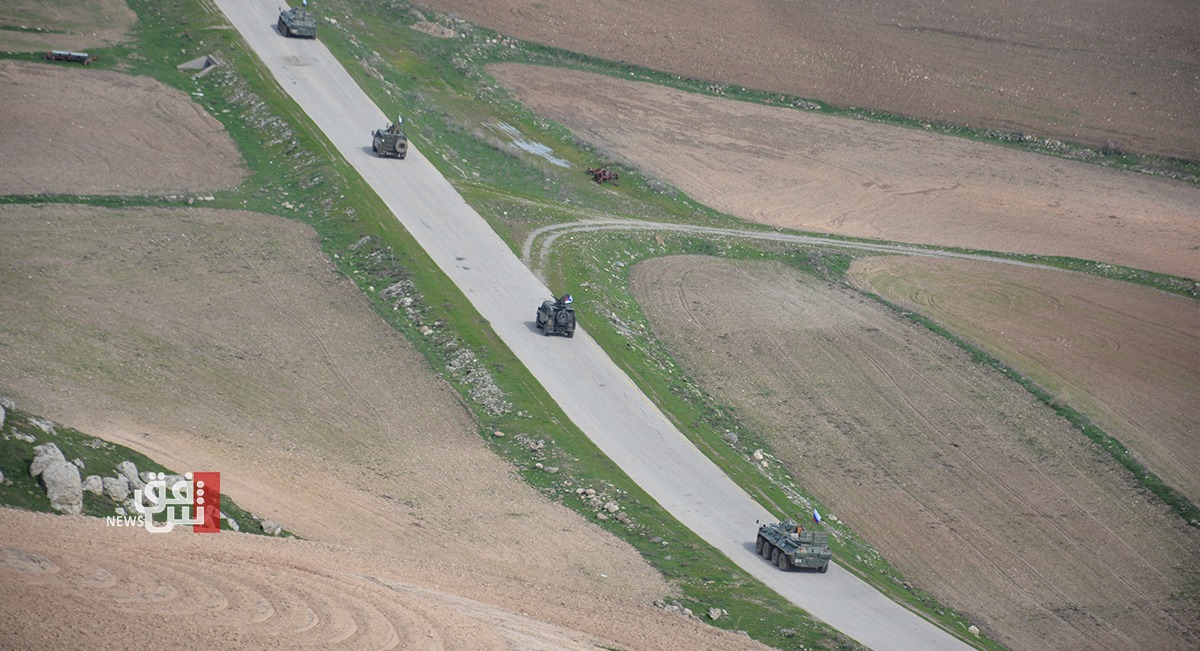 Shafaq News / The Russian police conducted today a patrol on the borders of the Autonomous Administration of northern and eastern Syria and Turkey.

Shafaq News agency reporter indicated that the patrol, consisting of 4 military armored vehicles accompanied by two helicopters, was stationed in Ain Diwar, in the far north and east of Syria, and returned to Qamishli later.

It is noteworthy that the last patrol conducted by the Russian police was on February 15.