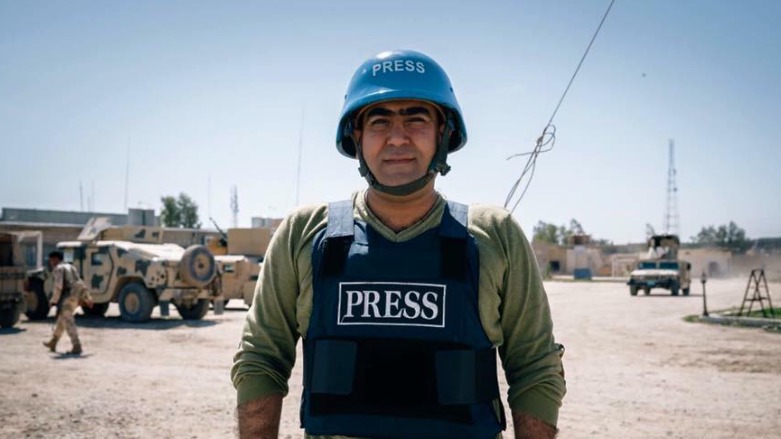 Shafaq News/ The winners of 2020 Kurt Schork Awards in International Journalism were announced today. The awards honor brave, yet often unrecognized journalists for their reporting on conflict, corruption and injustice.

This year’s News Fixer Award went to Kamiran Sadoun from Syria. The Kurdish fixer has worked with journalists from major news outlets reporting on conflict in north-eastern Syria and the enduring suffering following the collapse of ISIS – including Yazidi mothers forced to choose between their children born to ISIS fighters or acceptance back into their communities in Iraq.

The judges applauded the caliber of the articles written by the reporters with whom Sadoun worked, which were “a testament to his exceptional ability as a fixer”.

The News Fixer Award aims to recognise the rarely credited yet often at-risk individuals who typically act as the correspondent’s eyes and ears on the ground.

It is the fixers’ local knowledge, as well as their network of official – and unofficial – contacts that helps to secure critical interviews and access for the out-of-town correspondents.

The prize was inspired by the freelance journalist, author and friend of Kurt Schork, Anna Husarska, and pays tribute to the vital role that these unsung heroes play in coverage from difficult, dangerous and hostile locations.