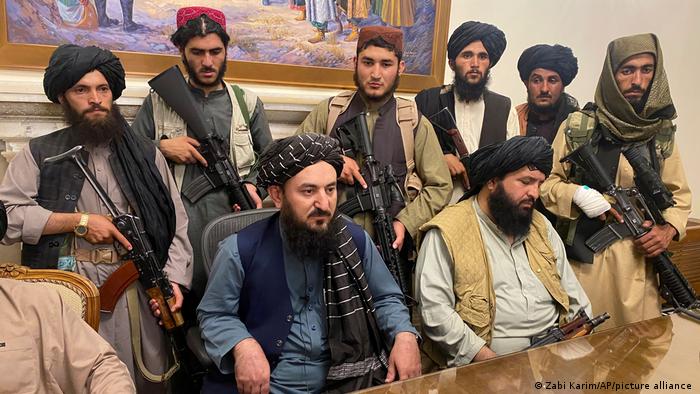 Shafaq News / The Taliban has declared a “general amnesty” for government officials working in Afghanistan.

Two days after taking power following a lightning sweep through the country, it urged officials to return to work.

“A general amnesty has been declared for all… so you should start your routine life with full confidence,” said a statement from the Taliban.

The Taliban captured Kabul, and most other main cities, with little bloodshed.

But in the capital, panic gripped many residents who feared a repeat of the Taliban’s brutal rule from 1996 to 2001.

At the airport, thousands of Afghans scrambled to board the few flights available.

“We are afraid to live in this city,” a 25-year-old ex-soldier told AFP as he stood among huge crowds on the tarmac.

“Since I served in the army, the Taliban would definitely target me.”

Last night, US President Joe Biden defended the withdrawal of troops from Afghanistan after the Taliban’s military takeover.

In his first public appearance since the insurgents seized control of the country at the weekend, he admitted the Taliban advance had unfolded more quickly than expected.

Heaping criticism at the Western-backed government that was ousted with shockingly little resistance, he said US troops could not defend a nation whose leaders “gave up and fled”, as did President Ashraf Ghani.

“We gave them every chance to determine their own future. We could not provide them with the will to fight for that future,” Biden said in his address at the White House.

“American troops cannot and should not be fighting in a war and dying in a war that Afghan forces are not willing to fight for themselves.”

The United States has sent 6,000 troops to ensure the safe evacuation of embassy staff, as well as Afghans who worked as interpreters or in other support roles.