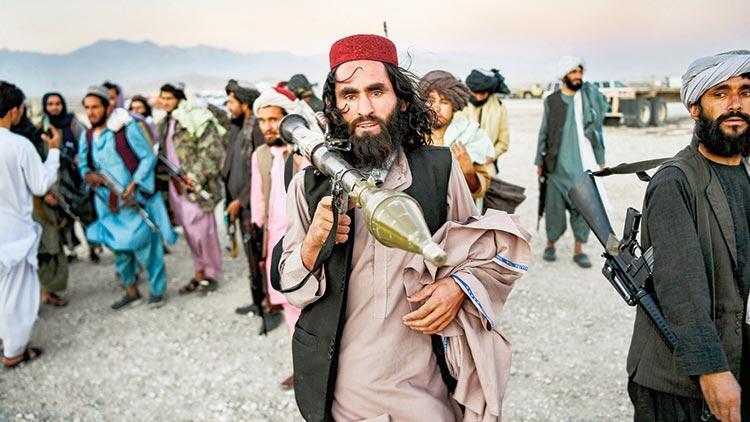 Shafaq News/ The Taliban have displaced hundreds of families belonging to Afghanistan’s Shiite Hazara community in central Afghanistan, reinforcing fears of renewed persecution against a minority that suffered under Taliban rule in the past.

The evictions this week in the Gizab district of Uruzgan province follow warnings from the Taliban earlier this month to residents of Kindir and Tagabdar villages that they had nine days to leave their homes. Some 700 Hazara families, representing thousands of people, complied with the Taliban order and fled, according to residents.

Last week, the Taliban governor of Pato district in neighboring Daikundi province, Mullah Musafir, gave a similar warning to two other villages, Shagholja and Khargak, ordering residents to leave their homes in five days. Uruzgan’s and Daikundi’s Taliban rulers, just as most of the Islamist group’s members, hail from the Sunni Pashtun community.

“This is an act of horror,” said Ghulam Hazrat Mohammadi, a tribal elder from Tagabdar. “It only happens to us Hazaras.”

Residents said the Taliban and people supported by them had also seized livestock and crops like wheat and almonds. The Taliban have denied illegally evicting Hazara villagers, saying that the ownership of the land on which the affected families lived is legally disputed. Locals reject that claim.

“We have been living here for generations. Even in the 1990s we used to live here and no Taliban officials forced us to leave our homes,” Mr. Mohammadi said.

Residents of the affected villages said the new settlers were ethnic Pashtuns from Uruzgan province. The affected areas have long been subject to local land disputes. Previous Kabul governments repeatedly redrew provincial lines around Gizab district, eventually splitting it into two, with a rump Gizab falling within Uruzgan and a new district, Pato, in Daikundi.

Regardless of the merits of the land dispute, “the way the Taliban force locals to leave their houses and lands without going through proper legal proceedings is totally illegal,” said Ehsan Qaane, a researcher and legal expert with the Afghanistan Analysts Network, a think tank.

“Shariah law says if there is a dispute over land, the owner is whoever lives on the land, unless the other party can prove otherwise,” he said.

The evictions appear to be an effort by the Taliban to reward their fighters and loyalists after 20 years of war, displaced residents say. Some of the new settlers weren’t Taliban fighters but seized property with the support of the Taliban, they said. The seizures come as the Taliban seek to consolidate their new regime and bolster it against simmering discontent.

The most immediate threat of public resentment comes from economic hardship. Afghanistan’s economy is on the verge of collapse after the U.S. and other foreign nations responded to the Taliban conquest of Kabul by freezing Afghanistan’s foreign reserves abroad and halting most aid.

Elsewhere in the country, non-Hazara Afghans also face threats of displacement, seemingly due to their association with the fallen Afghan republic. In the Firqa area of Kandahar city, the Taliban’s traditional stronghold, hundreds of residents have protested against purported plans to evict them from their homes, with some getting beaten up by Taliban security.

The area, a former military cantonment, is home to many former government employees and security forces. Firqa residents say they believe the Taliban are giving their homes to supporters as a reward for their loyalty.

The Taliban have also amplified concerns among non-Pashtun Afghans that they will be excluded from the new political order, by forming a government that includes very few representatives of other ethnicities and no other political factions.

“What kind of government is this Islamic Emirate?” an elderly man from Khargak village said, using the Taliban’s name for its government. “You waged holy war for 20 years and now you want to eliminate Shiite people?” the man said in a video recorded and shared by fellow villagers. “Aren’t Shiites from this land?”

Hazara leader and former warlord Mohammad Mohaqeq said on Facebook that displacing families just before winter sets in could trigger a humanitarian disaster.

Before taking full control of the country last month, the Taliban ran shadow governments in many rural parts of Afghanistan where they set up their own courts with a local reputation of being more efficient and less corrupt than the government justice system.

Taliban courts were particularly popular among Afghans who used them to resolve land disputes, which many residents said happened quickly and fairly.

The recent evictions stand in contrast to that reputation. Residents from Gizab said they had deeds on their land dating back 50 to 100 years, but that the Taliban had rejected them.