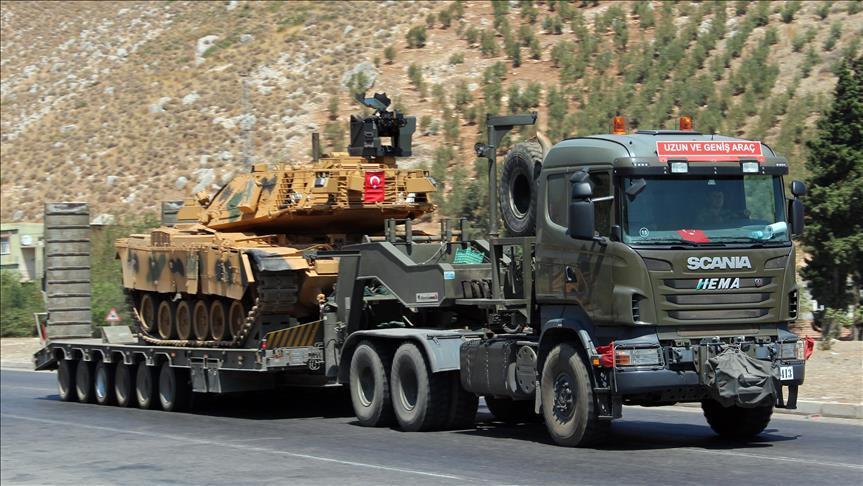 Backed by Russian warplanes, the Syrian bombardment targeted multiple villages in Jabal Al-Zawiya, the southern countryside of Idlib, and Al-Ghab Plain northwest of Hama, without resulting in casualties.

The sources told Shafaq News Agency, that "another Turkish convoy has entered Syria, The convoy included about 30 military vehicles, and it entered Syria near Kafr Lusin border crossing heading to Jabal Al-Zawiya checkpoints."

On the other hand, the Syrian Observatory for Human Rights reported that 11 members of the "Al-Nasr army" were killed yesterday, Monday, in an operation by the Syrian forces in the Al-Ghab Plain, northwest of Hama.

The Observatory added that an explosive device planted near a van in the city of Jarablus, -which is under the control of the pro-Turkish factions-, wounded a child.

In addition, the military police found 3 explosive devices in the cities of Al-Bab, Jarablus and Azaz within the areas of factions loyal to Turkey in the countryside of Aleppo.

51 candidates, including seven women, running for the Syrian Presidential elections

A possible conflict between USA and Russia in Syria