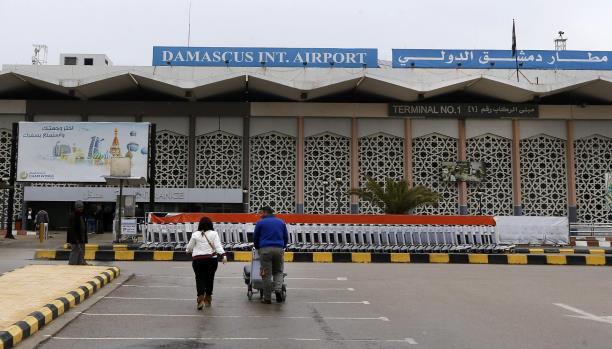 Shafaq News/ Syria on Friday halted flights to and from Damascus airport, the transport ministry said, after Israeli air strikes damaged a runway, according to sources.

The ministry said the "suspension of incoming and outgoing flights through Damascus International Airport" was due to technical disruptions, but an airport employee told AFP that the dawn strikes by Israel had "affected" the facility.

"We had to postpone all flights for at least 48 hours and some flights have been rerouted through Aleppo airport," the airport employee said on condition of anonymity because he is not authorised to speak on the issue.

An official at an Arab airline who also spoke on the condition of anonymity said separately that an airport landing strip had been hit during the Israeli assault -- a development the pro-government newspaper Al-Watan also reported.

Syrian state media had reported the Israeli strikes on southern Damascus, saying a volley of missiles were fired from the occupied Golan Heights at around 4:20 am (0120 GMT).

Syrian air defences intercepted most of the missiles, but those that reached their target left at least one civilian wounded and caused material damage, said the official news agency SANA.

The Syrian Observatory for Human Rights said the Israeli raids hit arms depots near Damascus airport belonging to the Lebanese Shiite movement Hezbollah, as well as other Iran-backed groups.

The Britain-based war monitor, which relies on a wide network of sources across Syria, said that at least three such positions were hit, leaving a number of people wounded.

Since civil war broke out in Syria in 2011, Israel has carried out hundreds of air strikes against its neighbour, targeting government troops as well as allied Iran-backed forces and Hezbollah fighters.

While Israel rarely comments on individual strikes, it has acknowledged carrying out hundreds of them.

The Israeli military says the strikes are necessary to prevent its arch foe Iran from gaining a foothold on its doorstep.

The conflict in Syria started with the brutal repression of peaceful protests and escalated to pull in foreign powers and global jihadists.

The war has killed nearly half a million people and forced around half of the country's pre-war population from their homes.

Kurdish Fighters Found Dead In Syria Jail Hit By IS