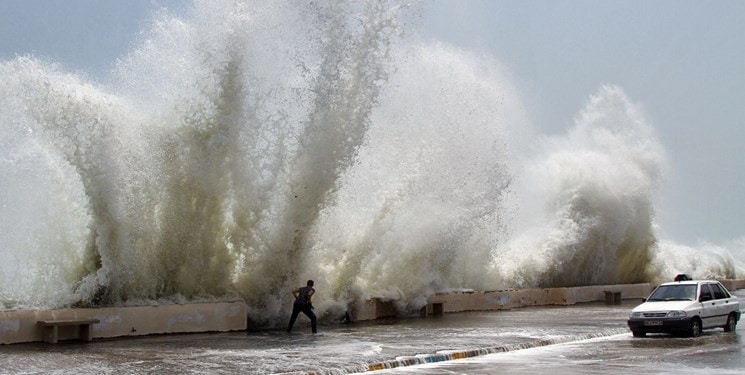 Shafaq News/ Cyclone Shaheen has developed into a severe cyclonic storm and is now at 240 km east-southeast of Chabahar Port in Iran, which is expected to move towards Oman’s coast across the Gulf of Oman and weaken gradually.

It closed schools in the cities of Chabahar, Konarak, and Dashtiari.

The storm is likely to move west-northwestwards, skirting Iran’s Makran coast during the next 24 hours. Cyclone Shaheen was formed from the remnants of Cyclone Gulab, which had hit the east coast on September 26.

The tropical storm caused the sinking and breaking of two fishing boats in the port of Pasabander Dashtiari, 100 km from Chabahar.

Following the incident, all operational teams and forces of the Red Crescent Society and vehicles are immediately on standby in the cities of Chabahar, Dashtiari, Konarak, Qasr-e Qand, Nikshahr, Sarbaz, Fanuj, and Pelan.