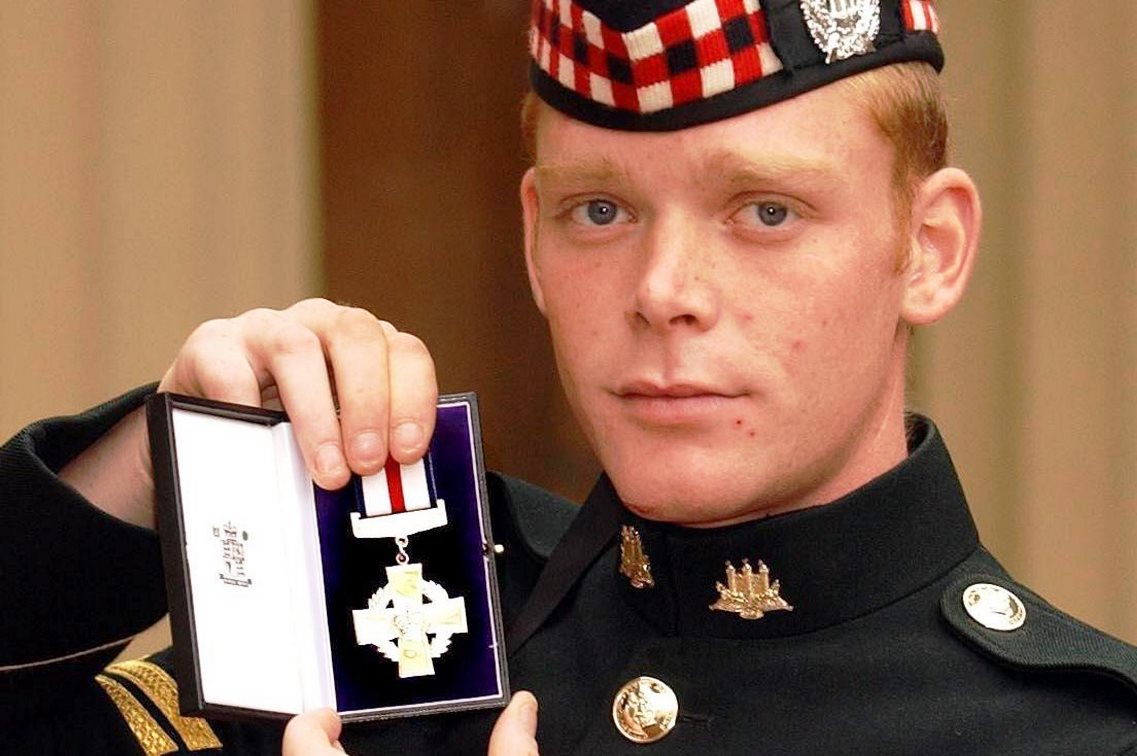 Shafaq News/ A bravery medal won by a UK soldier for storming a gun position in Iraq has been sold at auction for £140,000, raising money so he can buy a house for his family, the Telegraph reported

Shaun Garry Jardine served as a corporal in the King's Own Scottish Borderers and later the Royal Regiment of Scotland, rising to the rank of warrant officer class 2.

On August 9 2003, while serving as part of a Quick Reaction Force in Maysan Governorate during the Iraq War, his team found themselves under attack from two positions near a security base.

Facing heavy machine-gun fire, the then-21-year-old ordered his team to provide covering fire and then assaulted the positions in succession, allowing his men to move forward and forcing the defending forces to withdraw.

Jardine, from Dumfries, was awarded the Conspicuous Gallantry Cross (CGC) for his actions - a medal second only to the Victoria Cross in honouring combat gallantry.

Auctioneers Dix Noonan Webb said it is the only CGC to have been awarded to a Scottish regiment.

Jardine, who has recently left the Army having joined aged 16, said before the auction that he was selling the CGC along with six other medals as he would like to buy a house for his family.

The 39-year-old said after the sale: "I am very happy with the result and what Dix Noonan Webb have done for me to get such a good price for my medals.

"It will really help towards securing a new home for my family."

Describing his actions in Iraq, he said: "I started running across the bridge and they had seen me immediately.

"They were lying down, prone position, and firing at me as I ran; I saw their fingers on the triggers, then the muzzle flashes and then I could hear the rounds zipping past.

"I remember thinking, 'why are they not hitting me?', I got to within 15 or 20 metres of them and just thought, 'I'm going no further here'."

The soldier killed two of his attackers before calling his team forward and attacking a third enemy position.

Christopher Mellor-Hill, head of client liaison at Dix Noonan Webb, said only 60 CGCs have been awarded to date, 15 of which were for the Iraq War.

He added: "We are delighted to see Shaun Jardine's medals sell for a well-deserved £140,000, being the unique CGC to a Scottish regiment and also being one of the few remaining CGC awards available to collectors for the Iraq War."

Former US marine who served in Iraq kills four, including an infant