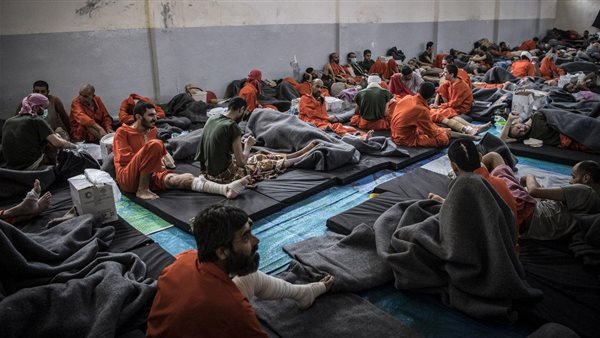 The extremist group staged a brazen assault on the prison located in northeastern Syria, provoking intense clashes with the U.S.-backed Kurdish-led forces and causing dozens of casualties.

The attack on Ghuwaryan prison is one of the most serious Islamic State operations in years and started Thursday night with a revolt by inmates and the detonation of a car bomb near the jail by Islamic State fighters. Fighting then spread into the town and continued throughout Friday and Saturday.

The first wave of the attack occurred late at night on 20 January, when Islamic State forces launched a car bomb attack targeting the prison whilst Islamic State ground fighters began to open fire on the prison with heavy weapons. Fires could be seen across the city coming from the direction of the prison.

The attack triggered a prison riot where the prisoners successfully managed to obtain weaponry from the armory and then began a full-blown attack on the prison staff. The prison was subsequently occupied by armed prisoners and several prisoners managed to escape.

Clashes continued into the next day, by which Islamic State fighters had spread to the Al-Zouhour area of Al-Hasakah city as well as solidified control of the Ghuwayran prison. In an effort to support Kurdish forces fighting in the city, forces of the International Coalition had dispatched military aircraft to the area.

SDF forces also announced that they had managed to track down and arrest 89 of the prisoners that had escaped the prison. It was also reported that the electricity to several parts of Al-Hasakah city had been cut off due to the clashes.During the clashes, it was reported that U.S fighter jets had conducted two airstrikes on Islamic State held buildings in the city.

The SOHR reported that clashes continued between Islamic State and Kurdish forces over control of the prison and its surrounding areas.

During the evening and night of 21 January, Coalition jets fired flares above Al-Hasakah whilst heavy clashes were reported to be taking place around the Islamic State-controlled Ghuwayran prison and the occupied neighbourhoods of Ghuwayran and Al-Zouhour. The Islamic State militants that were in control of the prison had also reportedly taken several hostages. Coalition jets were also targeting a group of Islamic State militants that had occupied the 'Faculty of Economics' building situated next to the prison.

Fighting went on over night and continued into the early hours of the morning with Coalition helicopters circling the areas above the fighting; a further five Kurdish fighters and six Islamic State fighters were killed in the overnight clashes. The SDF had also claimed they had managed to track down and arrest a further 41 escaped prisoners, bringing the total to 130, however it is still not known how many ISIS prisoners escaped from the detention facility, that housed up to 3,500 IS prisoners