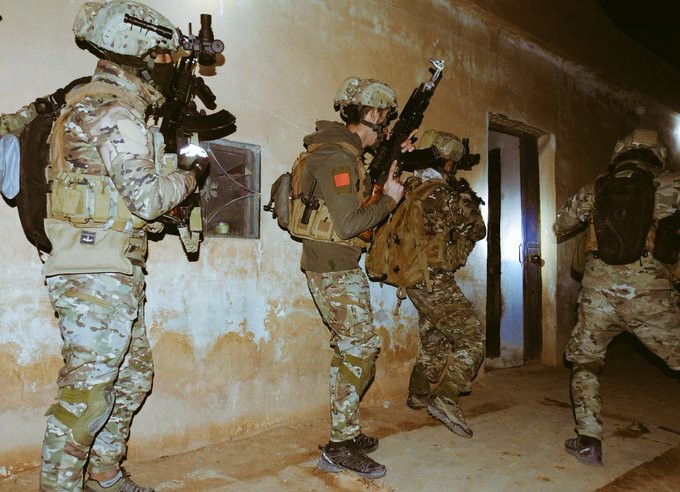 SDF said in a statement “14 ISIS members were arrested in Al-Sour and Al-Kasrah towns in Deir Ez-Zor countryside.

In the same context, SDF has killed three Iraqis from ISIS organization in an operation near the village of Abu Natal in Deir Ez-Zor.

The Syrian Democratic Forces previously announced in a tweet that during a security operation backed by the global coalition arrested an ISIS militant north of Deir Ez-Zor.

The Global Coalition will remain in NES until ISIS is defeated, Abdi says