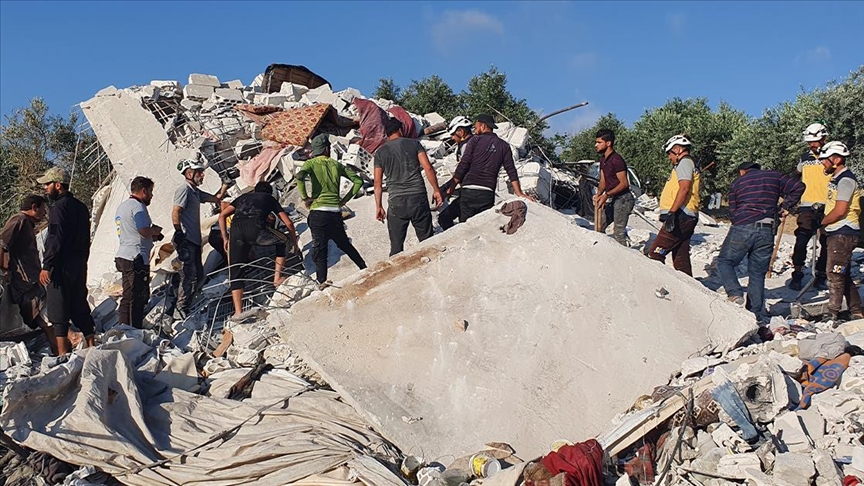 Shafaq News/ Seven civilians, including five children, were killed and 13 others injured when Russian airstrikes hit Christian-majority villages in the west of Syria’s Idlib province.

According to the opposition aircraft observatory, the Russian warplane took off from the Khmeimim air base in Latakia and hit Al-Yacoubiyah and Judayda villages at 0236GMT.

The White Helmets, or Syrian Civil Defense, officials said, according to initial reports, seven civilians, including five children, were killed and 13 others injured in the attack.

During the Astana meeting in 2017, Türkiye, Russia, and Iran agreed to create four "de-escalation zones" in the area that is not controlled by the Assad regime. However, the Syrian regime, Iran-backed terrorists, and Russia continued their attacks and took over three of the four regions and headed for Idlib.

Although Türkiye reached an additional agreement to strengthen the cease-fire with Russia in September 2018, the attacks intensified again in May 2019. The cease-fire, however, is largely preserved now after Türkiye and Russia reached a new agreement on March 5, 2020.

Approximately 2 million civilians fleeing the attacks during the 2017-2020 period had to migrate to regions close to the Turkish border.