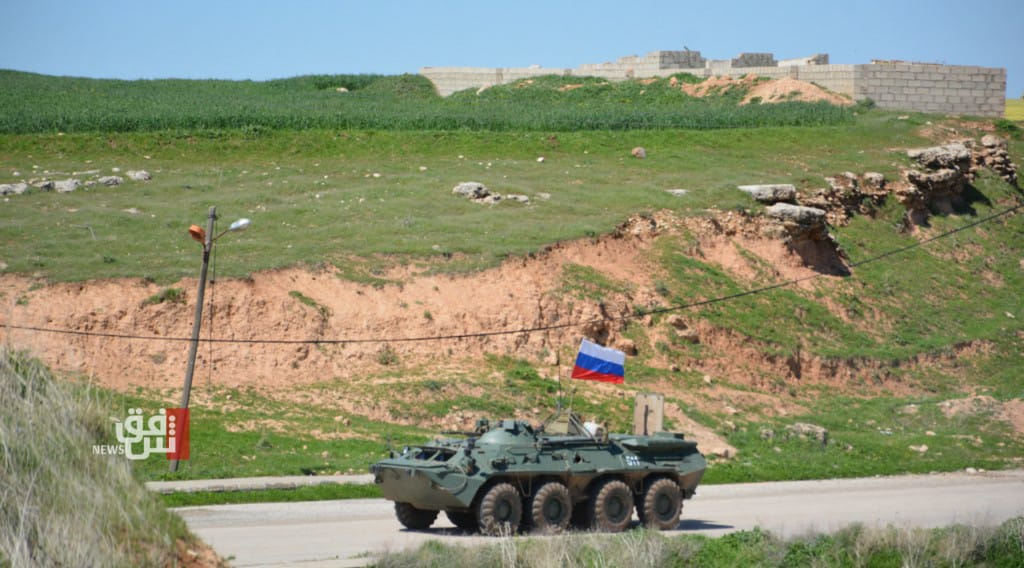 Shafaq News/ The Russian police fielded today, Wednesday, a patrol in the Kurdish-led Autonomous Administration of North and East Syria (AANES) near the borders with Turkey.

The patrol took off from the Russian base in Qamishli, marching the borders with Turkey, then headed back to Qamishli without stopping in Ain Diwar as usual.

The three-vehicle ground patrol was carried out with an aerial coverage of two helicopters.

On Monday earlier this week, the Russian Police conducted its patrol simultaneously with the American Patrol in Ain Diwar. The patrols were conducted separately and did not meet at any point.