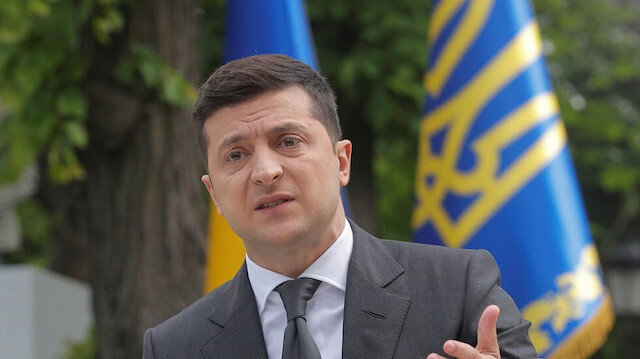 The invasion by land, air and sea began after a pre-dawn TV address where Russian President Vladimir Putin demanded that Ukraine's military lay down its arms.

Ukraine's leader said his country "won't give up its freedom".

"Russia has embarked on a path of evil, but Ukraine is defending itself," President Volodymyr Zelensky tweeted.

Ukraine has declared martial law and severed all diplomatic relations with Russia. It says weapons will be given to anyone who wants them.

In the capital Kyiv, home to almost three million people, warning sirens blared out as traffic queued to leave the city and crowds sought shelter in metro stations. "We don't understand what we should do now," one woman called Svetlana told the BBC. "We're now going to a place where we can be safe and we hope we can leave safely."