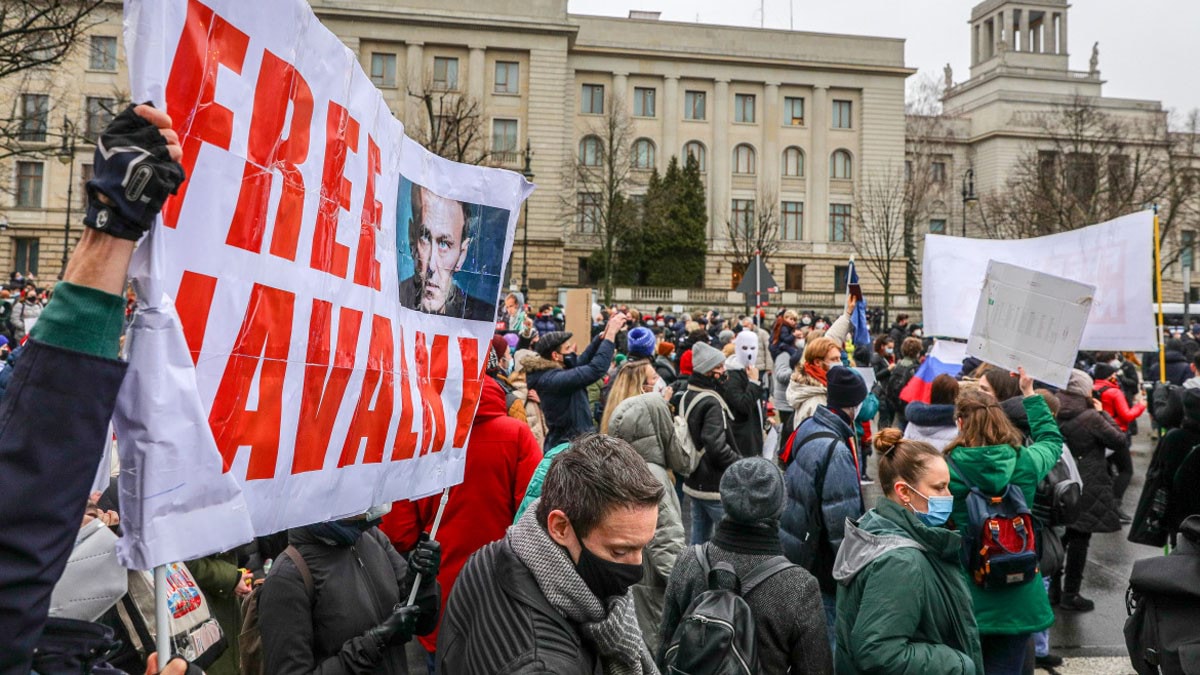 Shafaq News/ Moscow on Sunday accused the United States of "gross interference" in Russia's affairs after Washington condemned the "harsh" response of Russian authorities to protests in support of Kremlin critic Alexei Navalny.

"The gross interference of the United States in Russia's internal affairs is as proven a fact as the promotion of fakes and calls for unauthorized rallies by online platforms controlled by Washington," Russia's foreign ministry said in a statement on Facebook.

U.S. Secretary of State Antony Blinken on Sunday condemned Russian authorities for their "harsh" response to protests across the country that called for the release of jailed Kremlin critic Alexei Navalny.

"The U.S. condemns the persistent use of harsh tactics against peaceful protesters and journalists by Russian authorities for a second week straight," Blinken said on his official Twitter account.

"We renew our call for Russia to release those detained for exercising their human rights," he added after Russian police detained more than 1,000 people, including 142 in Moscow.

Authorities have ramped up pressure on the opposition with arrests and criminal probes, including several Navalny aides.

The second weekend of protests began in several cities Sunday, including Moscow, Saint Petersburg, and Vladivostok in the Far East, where several dozens gathered in a central square despite police closing it off ahead of the rally.

Navalny, the main rival of Russian President Vladimir Putin, was detained at Moscow airport in mid-January after flying back to Russia from Germany, where he was recovering from an August poisoning he blames on the Kremlin.

The 44-year-old opposition leader's subsequent release of an investigation that accused Putin of owning a secret $1.5 billion Black Sea palace helped spur the largest street protests in Russia in years and forced the Russian leader to deny that he or his relatives own the property.