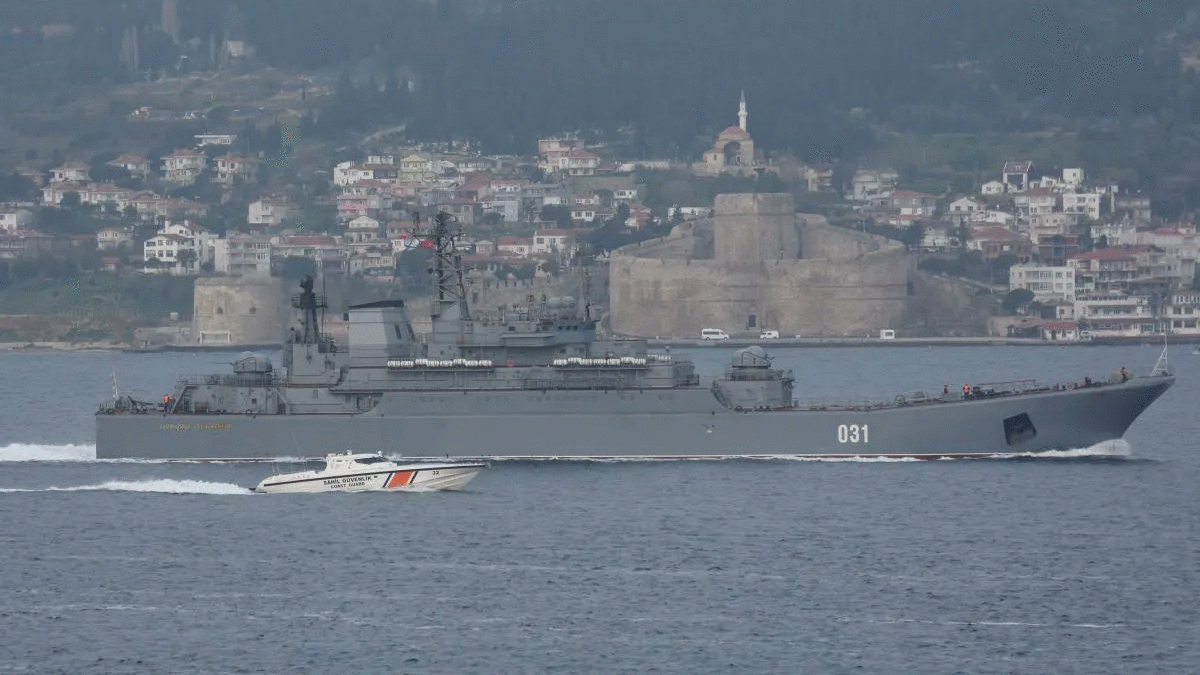 Shafaq News / Russia's plan to temporarily restrict movement of foreign warships in part of the Black Sea will not affect the nearby Kerch Strait, the RIA news agency reported on Friday, signaling lower risks for regional trade from Russia-Ukraine tensions, Reuters reported.

The Kerch Strait is a crucial part of the regional grain trade connecting the Azov sea with the Black Sea. The area is also close to military drills which Moscow and Kyiv held simultaneously this week.

The right of passage of foreign warships and "other state ships" will be suspended in three spots near Crimea's Black Sea coast from April 24 until October 31, RIA said, citing Russia's defense ministry.

Moscow annexed the Crimean Peninsula from Ukraine in 2014.

But the planned restrictions will not affect navigation in the Kerch Strait or its entry points, RIA said.

The Ukrainian foreign ministry said on Thursday that Russia's actions to close off parts of the Black Sea to foreign warships were illegal.

Russian Air Force Kills up to 200 Militants in Syria

US claims on Russia using gas as a weapon are shameless, Ryabkov says