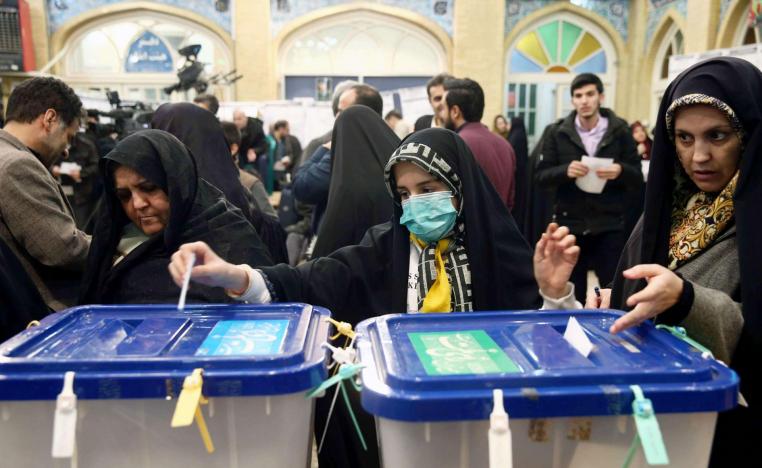 The Guardian Council, which observes the elections process in Iran, will look into the applications to announce the final list of the candidates who will qualify for the presidential race.

On the fifth and the last day of the enrollment, Mehr News reported the most famous figures entered the race.

Sayyed Ebrahim Raeisi, the head of Iran’s Judiciary officially joined the race on Saturday. Raeisi said in a statement earlier today that he entered the elections as an independent candidate; he wanted “to fight corruption and incompetence.”

The current First Vice President Es’hagh Jahangiri is another prominent politician who announced his candidacy on the last day of the registration today. It has been said that he is the Reformist camp's main contender.

The Vice President said he would protect fundamental civil rights as his main slogan.

The former parliament speaker Ali Larijani was one of the main contenders that entered the race on Saturday.

Larijani served as the speaker of the Iranian Parliament between 2008 and 2020. The veteran politician also served as the secretary-general of the Supreme National Security Council from 2005 to 2007, during which he led Iran's nuclear negotiations.

The former nuclear negotiator Saeed Jalili who was the secretary of the Supreme National Security Council from 2007 to 2013, also went to the Interior Ministry to run for president on Saturday afternoon. He is considered to be a more conservative politician in the Principlaists camp.

Mohsen Rezaei, the former IRGC commander-in-chief during the early years after the Islamic Revolution, also filed his application on Saturday. He currently holds office as the secretary of the Expediency.

Rezaei is considered to be a conservative politician belonging to the Principlaists camp. He has run in most previous presidential elections.

Abolnasser Hemmati, the Governor of the Central Bank of Iran also announced his presidential candidacy on Saturday. He said that he sought widespread and deep economic reforms as the most critical priority for the country.