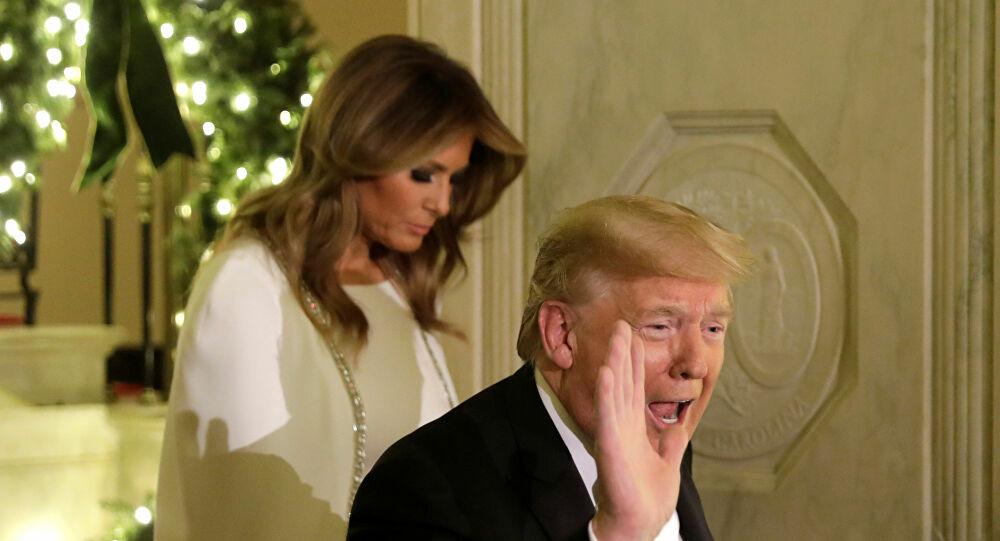 Shafaq News/ US President Donald Trump and his wife tested positive for coronavirus.

"Tonight, my wife and I tested positive for COVID-19. We will begin our quarantine and recovery process immediately. We will get through this TOGETHER!" Trump tweeted today Friday.

CNN stated that Trump was last seen in public on Thursday afternoon returning to the White House after a fundraising trip to New Jersey. He did not appear ill, though did not speak to reporters as he walked into his residence.

The diagnosis amounts to the most serious known health threat to a sitting American president in decades. At 74 years old, Trump falls into the highest risk category for serious complications from the infection, which has killed more than 200,000 Americans and more than 1 million people worldwide.

Sean P. Conley, the President's physician released information about the president’s health condition, “This evening I received confirmation that both President Trump and First Lady Melania Trump have tested positive for the SARS-CoV-2 virus.

The President and First Lady are both well at this time, and they plan to remain at home within the White House during their convalescence.”

He added, “The White House medical team and I will maintain a vigilant watch, and I appreciate the support provided by some of our country's greatest medical professionals and institutions. Rest assured I expect the President to continue carrying out his duties without disruption while recovering, and I will keep you updated on any future developments.”

The President had said late Thursday night that he planned to quarantine after one of his closest aides tested positive for the infection.

"Hope Hicks, who has been working so hard without even taking a small break, has just tested positive for Covid 19. Terrible! The First Lady and I are waiting for our test results. In the meantime, we will begin our quarantine process!" Trump tweeted Thursday night.

Hicks has traveled with the President multiple times recently, including to the debate in Cleveland on Tuesday, and was seen boarding Marine One, along with several other of the President's closest aides -- Jared Kushner, Dan Scavino and Nicholas Luna -- none of whom wore masks, on Wednesday as Trump was heading to a campaign rally in Minnesota.

At Tuesday evening's presidential debate, the President mocked his rival for frequently wearing a mask.

After announcing the President's diagnosis, the White House issued a new schedule to reflect several canceled events, including a fundraiser in Washington and a campaign rally in Florida.