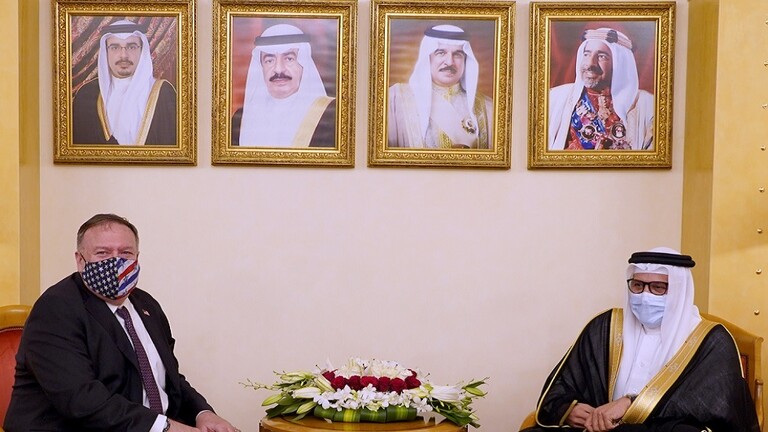 Shafaq news / WE Secretary of State Mike Pompeo arrived in the UAE today, Wednesday, after a visit to Bahrain during which he discussed regional stability and Gulf unity, as part of his tour of the Middle East.

Pompeo said in Bahrain, on Tuesday evening, that it is necessary to take advantage of the agreement brokered by the United States on the normalization of relations between Israel and the UAE, which was announced on August 13.

Pompeo tweeted, after his meeting with Bahraini Crown Prince Salman bins Hamad Al Khalifa, "We discussed the importance of promoting regional peace and stability, especially the importance of Gulf unity and countering Iran's influence in the region."

Israel and the United States said they were calling on more Arab countries to follow in the footsteps of the UAE.

The Israeli intelligence minister spoke of Bahrain as a possible candidate to take the same step.

Pompeo began his tour with a visit to Israel, then visited Sudan and Bahrain, and now he arrives in the UAE, which recently officially announced the normalization of its relations with Israel.

Kurdistan authorities call on the UAE to invest in the region