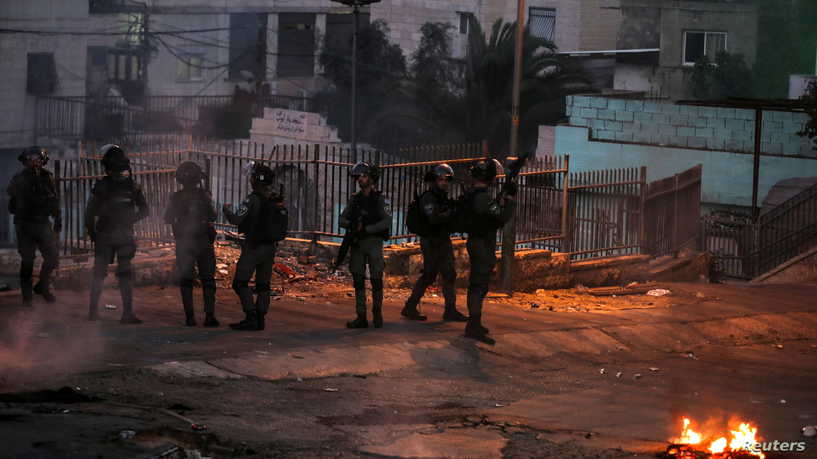 Shafaq News/ Facebook is engaging with both Israel and Palestinian officials on the spread of hate speech and incitements to violence on the platform amid the region's escalating conflict, Politico said.

According to the US site, top Facebook lobbyists Nick Clegg and Joel Kaplan and several TikTok executives met over Zoom with Israeli Defense Minister Benny Gantz on Thursday evening to discuss the spread of misinformation and violent threats on the social network.

Facebook's Clegg and Kaplan are expected to meet with the Palestinian Authority next week, the company said.

As Israeli forces intensify their attacks on the Gaza Strip and the death count rises, Facebook finds itself caught at the center of a violent conflict ricocheting toward all-out war. Viral rumors have been spreading rapidly through Facebook's WhatsApp in particular, including false warnings this week that Palestinians were planning to descend on Israeli citizens and that Israeli soldiers were readying to invade the Gaza Strip.

"In response to the violence, we are working to make sure our services are a safe place for our community," Facebook spokesperson Andy Stone said. "We will continue to remove content that violates our Community Standards, which do not allow hate speech or incitement to violence, and will proactively explain and promote dialogue on these policies to policymakers."

Facebook's meeting with Gantz also included the company's public policy director for Israel and the Jewish diaspora, Jordana Cutler, a former adviser to Israeli Prime Minister Benjamin Netanyahu and former Likud staffer. The company confirmed that it will dispatch Azzam Alameddin, Facebook's public policy director for the Middle East and North Africa region, to its online meeting with the Palestinian Authority.

TikTok executives also participated in the meeting with Gantz, and a company spokesperson said it already removed content in the region that violates its policies against violence, hate speech and hateful behavior.

Twitter spokesperson Katie Rosborough said the company was being "vigilant" about taking down posts that violate its rules against hateful content. Twitter did not attend the recent meeting with Gantz.