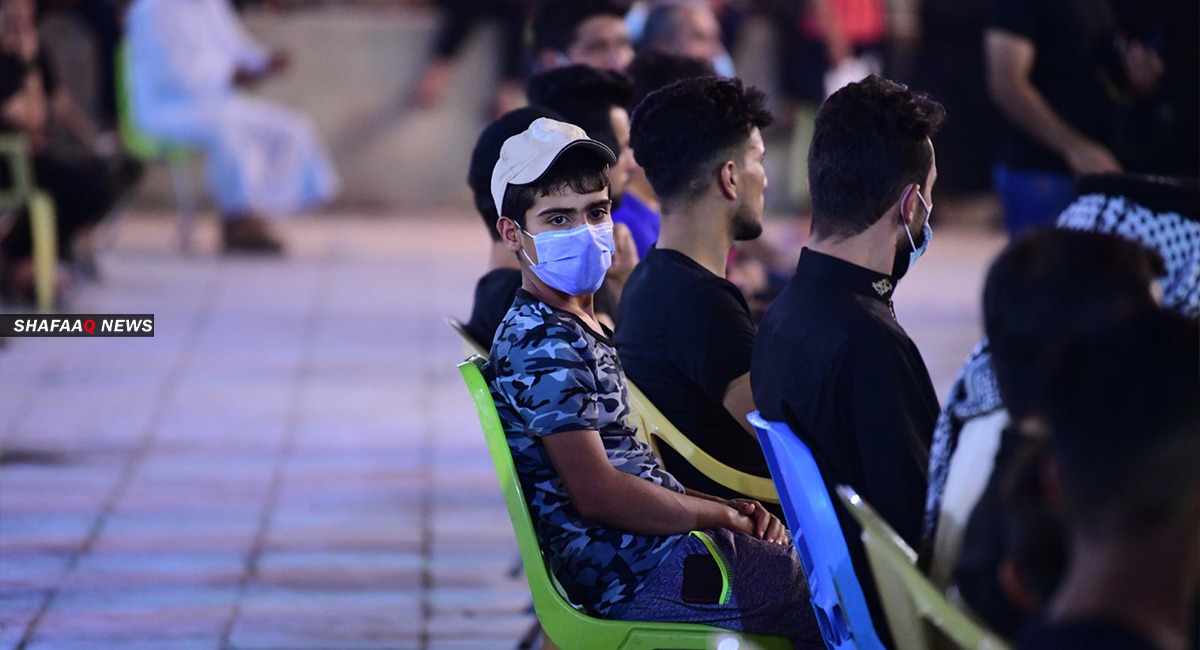 Shafaq news/ according to CNN, As doctors worry about a coronavirus-and-flu "twin-demic" that could overwhelm the health care system, Americans must contend with another possibility: fighting both viruses at the same time.

"You can certainly get both the flu and Covid-19 at the same time, which could be catastrophic to your immune system," said Dr. Adrian Burrowes, a family medicine physician in Florida.

In fact, getting infected with one can make you more vulnerable to getting sick with the other, epidemiologist Dr. Seema Yasmin said.

"Once you get infected with the flu and some other respiratory viruses, it weakens your body," said Yasmin, director of the Stanford Health Communication Initiative.

"Your defenses go down, and it makes you vulnerable to getting a second infection on top of that."

On their own, both Covid-19 and the flu can attack the lungs, potentially causing pneumonia, fluid in the lungs or respiratory failure, the Centers for Disease Control and Prevention said.

Each illness can also cause sepsis, cardiac injury and inflammation of the heart, brain or muscle tissues.

Having both illnesses simultaneously "would increase the risk of longer-term effects of any of those organ systems," said Dr. Michael Matthay, a professor of medicine and a critical care specialist at the University of California, San Francisco.

But it's too early to know exactly how much worse than double whammy could be, compared to having each virus on its own.

"Symptoms of influenza and Covid-19 are pretty similar, so it's difficult to distinguish the two," said Dr. Leonard Mermel, medical director for the Department of Epidemiology and Infection Control at Rhode Island Hospital.

Both the flu and Covid-19 can give you a fever, cough, shortness of breath, fatigue, sore throat, body aches and a runny or stuffy nose, the CDC said.

"Acute respiratory failure can be a life-threatening emergency," the National Heart, Lung, and Blood Institute says. "Respiratory failure may cause damage to your lungs and other organs, so it is important to get treated quickly."

"Symptoms of influenza and Covid-19 are pretty similar, so it's difficult to distinguish the two," said Dr. Leonard Mermel, medical director for the Department of Epidemiology and Infection Control at Rhode Island Hospital.

Both the flu and Covid-19 can give you a fever, cough, shortness of breath, fatigue, sore throat, body aches and a runny or stuffy nose, the CDC said.

"Some people may have vomiting and diarrhea, though this is more common in children than adults," the CDC said.

But unlike the flu, Covid-19 can cause a loss of taste or smell.

And about half of coronavirus transmissions happen between people who don't show any symptoms. (Many of those people are pre-symptomatic and are more contagious before they start showing symptoms.)

So the best way to know if you have the novel coronavirus or the flu (or both) is to get tested.

With the imminent flu season, such precautions can "doubly protect us from both of those viruses," Yasmin said.

In the Southern Hemisphere, which is just ending its winter months and flu season, several countries have reported astonishingly low flu numbers as people wear masks and social distance.

In Australia, for example, the number of lab-confirmed flu cases plummeted from 61,000 in August 2019 to 107 cases this August.

Get a flu vaccine. This may sound obvious. Yet about half of all Americans don't get vaccinated against the flu, including most children who die from the flu.

Even if you get a flu shot and still catch the flu later, the symptoms are usually less severe than if you got no flu vaccine at all.

And since no Covid-19 vaccine is publicly available yet, the flu shot is the only way you can help inoculate yourself against having both viruses at the same time.

Pediatricians say it's important for children 6 months and older to get the flu vaccine, ideally before the end of October. "Timely influenza vaccination is particularly important" this flu season, the American Academy of Pediatrics wrote this week.

Getting a flu shot can also help many more people than just yourself, said immunologist Dr. Susan Bailey, president of the American Medical Association.

"Since hospitals and doctors' offices are going to be very busy caring for Covid-19 patients, a flu vaccine can help decrease burdens on the health care system and make sure that those who need medical care are able to get it," Bailey said.

Corona virus continues to spread throughout the world, and 28 million 221 thousand and 90 cases of the virus have been officially recorded since the beginning of its outbreak, of which, to date, 18 million and 803 thousand and 600 people have recovered.