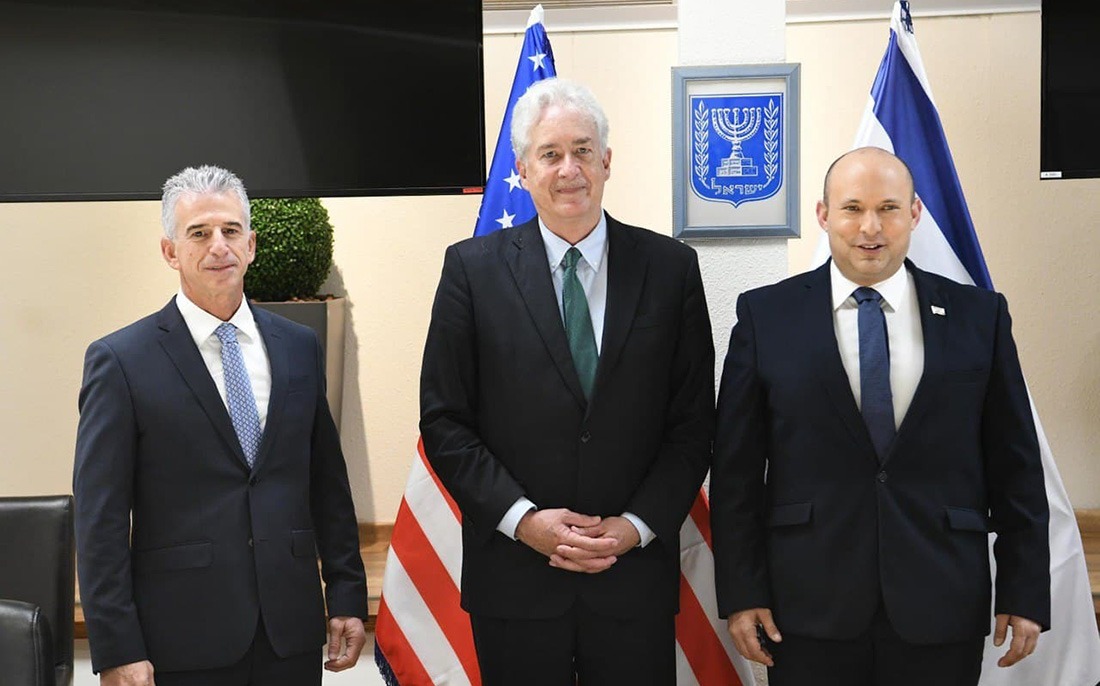 Shafaq News/ Prime Minister Naftali Bennett met on Wednesday with CIA Director William J. Burns, as his first working visit as the agency's director to Israel and the West Bank gets under way.

The premier and the director have "discussed the situation in the Middle East, with emphasis on Iran, and possibilities for expanding and deepening regional cooperation," a statement from the Prime Minister's office said.

Mossad Chief David Barnea and Defense Minister Benny Gantz also met with Burns, the minister said in a tweet, adding they discussed the Iranian nuclear program and "the need to strengthen the Palestinian Authority and other moderates in the region."

Burns' visit comes against the backdrop of Tehran's efforts to achieve nuclear capabilities as well as a possible return to its nuclear deal following the inauguration last week of a new Iranian president, Ebrahim Raisi.

Burns is also expected to visit the West Bank, where he is slated to meet with Palestinian intelligence chief Majed Faraj and Palestinian President Mahmoud Abbas. According to the report, the CIA maintains close ties with the Palestinian security forces, which were kept even during Trump's term when cooperation was halted.

Burns, a fluent Arabic speaker, was Deputy Secretary of State and an ambassador, serving as a diplomat for over 30 years and is regarded as one of the most respected voices on foreign policy issues for decades.

Burns was the Obama administration’s first lead negotiator in the talks leading to the Iranian accord in 2015, prior to being replaced by Wendy Sherman – Biden’s nominee for deputy Secretary of State. For his part, Burns has long argued that the nuclear deal actually makes Israel safer.