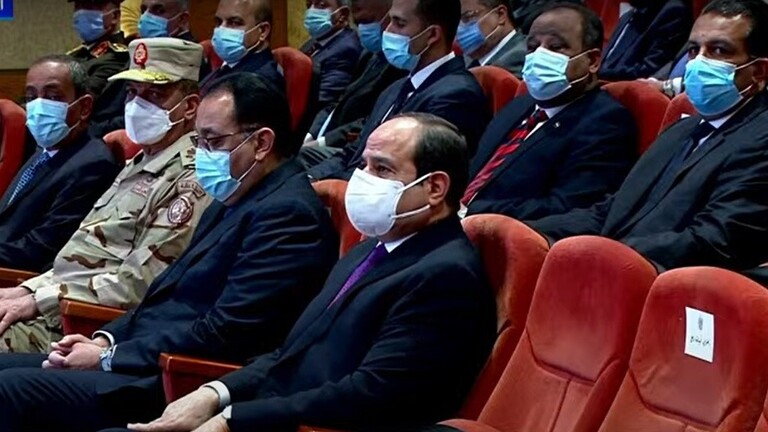 Shafaq News/ Egyptian President Abdel Fattah Al-Sisi said on Tuesday that the grounding of a huge container ship in the Suez Canal had reaffirmed the importance of the waterway.

“We didn’t hope for something like this, but fate was doing its work. It showed and reaffirmed the reality and importance” of the canal, Al-Sisi said as he greeted staff on a visit to the Suez Canal Authority in Ismailia.

The Egyptian President promised that his country would buy equipment to avoid any repetition of the past week's closure of the Suez Canal.

"We will acquire all the necessary equipment for the canal," to avoid similar incidents.

On agriculture in Egypt, Al-Sisi said "Egypt does not take anyone's water, …wastewater is treating for agriculture instead of being thrown into Egyptian lakes which causing pollution."

Regarding the Renaissance Dam, The Egyptian President clarified, "No one can take a single drop of Egypt’s water," noting that his country does not threaten anyone, and the Egyptian water issue “will not be compromised.”

Egypt “is committed to dialogue,.. water issue is a red line and will expose the region to a state of instability."