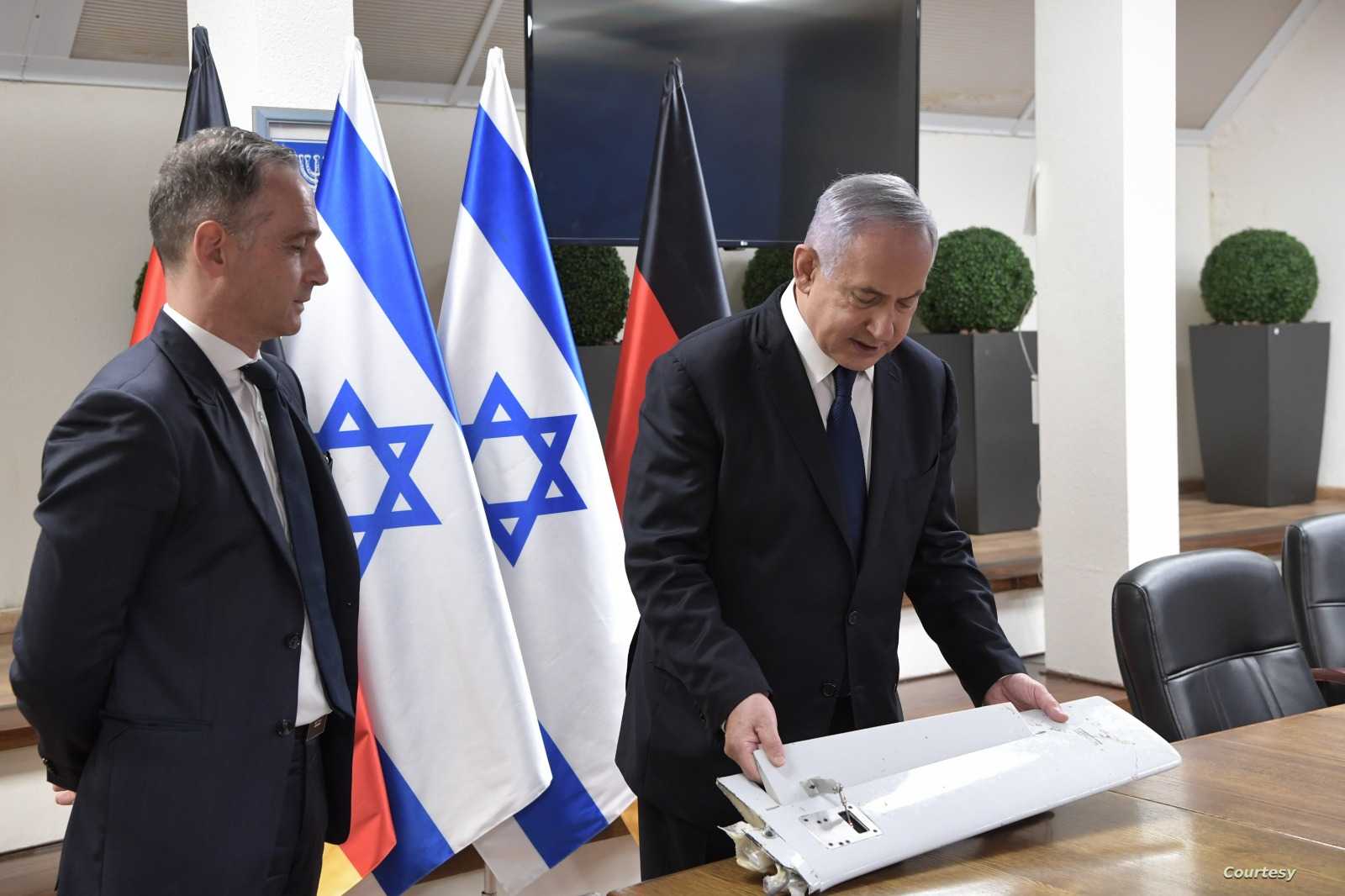 The drone was sent from Iraq or Syria, and intercepted at the borders with Jordan, Netanyahu said, providing no evidence to back up his claim but holding what he ascribed as part of the unmanned aircraft.

Netanyahu accused Iran of supporting and financing the Islamic Jihad in Gaza, as well as supplying weapons to Hamas and to the Lebanese militant group Hezbollah.

Upon his disembarkment, German Foreign Minister Heiko Maas supported Israel's right to defend itself includes the right to destroy infrastructure from which future attacks can be launched.

Speaking at Ben Gurion Airport, Maas added that a durable peace would require that both Israelis and Palestinians be in a position to run their own affairs.

"We are convinced that life in security and peace is only possible in the long term if Israelis and Palestinians can run their own affairs," he said.

"We have always stressed that Israel has a right to defend itself," he added. "Part of that is degrading the establishments from which attacks on Israel are launched and preventing future attacks by making sure the infrastructure for those future attacks is no longer a danger."