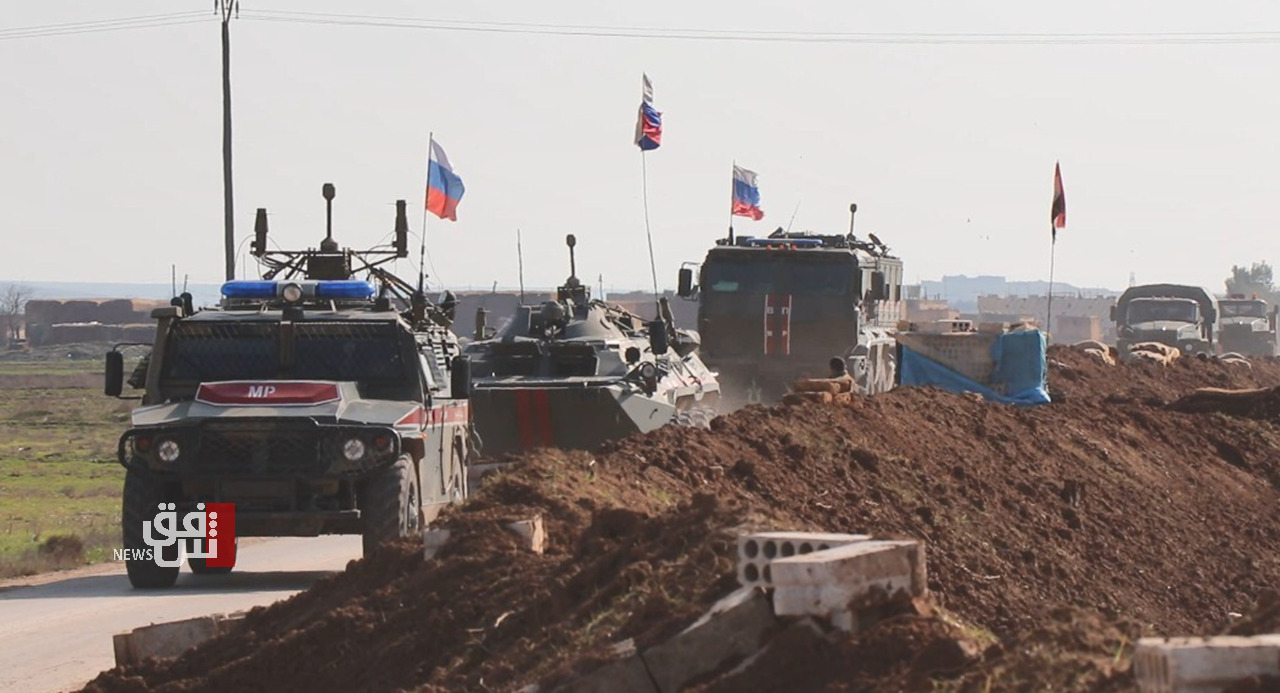 Shafaq News/ Russian forces in Syria transferred nearly 20 military vehicles and more than 100 soldiers from their military base at al-Qamishli Airport in northeastern Syria to Ain Issa city in Raqqa countryside.

Shafaq News Agency correspondent reported that a Russian military convoy consisting of armored vehicles and soldiers headed across the international road to the Russian base in the city of Ain Issa.

He added that the Russian forces often make military movements between their points in Tal Tamr, al-Qamishli, Ain Issa, and Raqqa.

Our reporter pointed out that the convoys carried logistics and ammunition, along with dozens of soldiers.

The Russian forces are mainly stationed at al-Qamishli International Airport in the NES. They have military points and bases in Tal Tamr, Ain Issa, and other areas in the northern countryside of Raqqa.