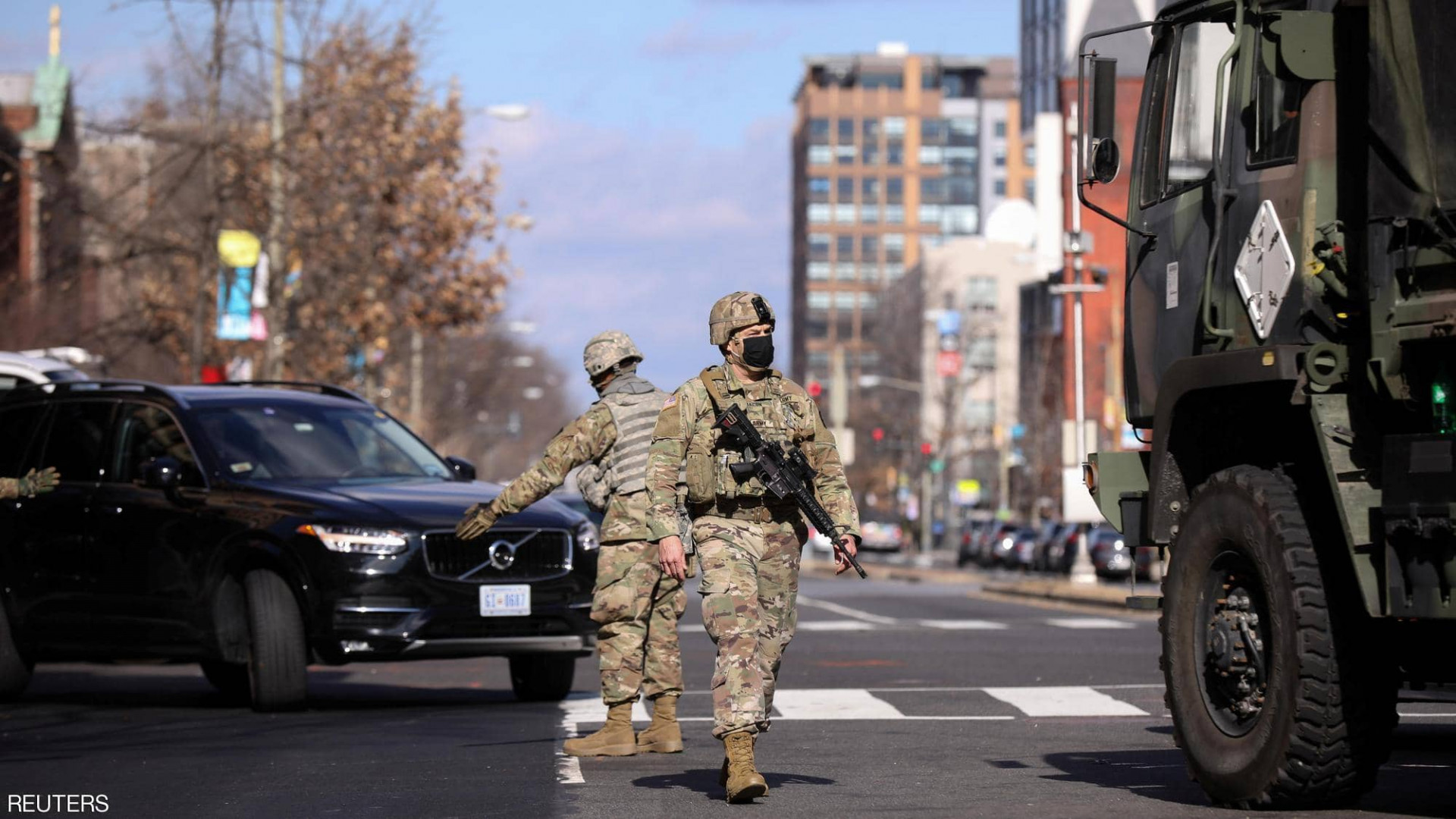 Shafaq News /Washington braced for a tense inauguration of President-elect Joe Biden on Wednesday, amid overwhelming security measures including over 25,000 National Guard troops and a shuttered National Mall devoid of spectators to the quadrennial ritual.

Few signs of an organized plot to disrupt the inauguration have emerged, security experts say, but the threat of “lone wolf” attacks, or violence carried out by radicalized individuals, was still a concern, particularly at state capitals.

Dennis Pluchinsky, a former State Department terrorism analyst, said some right wing protesters may rally outside Washington’s fenced-off central security zone or cause violence there, in a bid to tarnish Biden’s message of reuniting the nation.

But their disruption shouldn’t mar the ceremony. “There is nothing they can do to hurt Biden. I think all they are trying is to fly their flag and poison the inauguration,” said Pluchinsky, who is publishing a four-volume history of anti-U.S. extremism.

Pentagon and FBI officials are screening participating troops to thwart any insider attack.

On Tuesday, Pentagon officials said a dozen National Guard members had been removed from inauguration duty after vetting that included screening for potential ties to right wing extremism, and troubling text messages.

Officials have left little to chance this year. Bridges between Virginia and downtown Washington have been closed, as have Metro stations in the central security area, which some residents have likened to the fortress-like Green Zone of central Baghdad in Iraq.

Some intercity bus services have been suspended, as have many bikeshare stations and Amtrak trains running south from Union Station, which pass through a tunnel just east of the Capitol.

Thousands of small American and state flags were planted in the National Mall, standing in for the hundreds of thousands of people who gathered for past inaugurations to watch the proceedings on big screen televisions.

With inaugural balls and other parties previously canceled due to the coronavirus pandemic, the event has taken on a somber tone in Washington.

In addition, some 2,300 law enforcent officials from across the United States have been sworn in here as special deputy U.S. Marshals, supporting the overall security operation led by the U.S. Secret Service.

Actions by Twitter and Facebook to suspend accounts calling for violence has pushed organizing activity onto unmoderated channels such as 8kun, said Daniel Jones, president of Advance Democracy, a non-profit group that conducts public-interest research and investigations.

“The promotion of violence on these fringe channels are explicit, and include instructions on weapon modifications and combat techniques,” Jones said. “The FBI appears to be taking these threats seriously, but disciplined lone wolf actors, regardless of ideology, are extremely difficult to track.”

Biden to hold May summit with Southeast Asian leaders