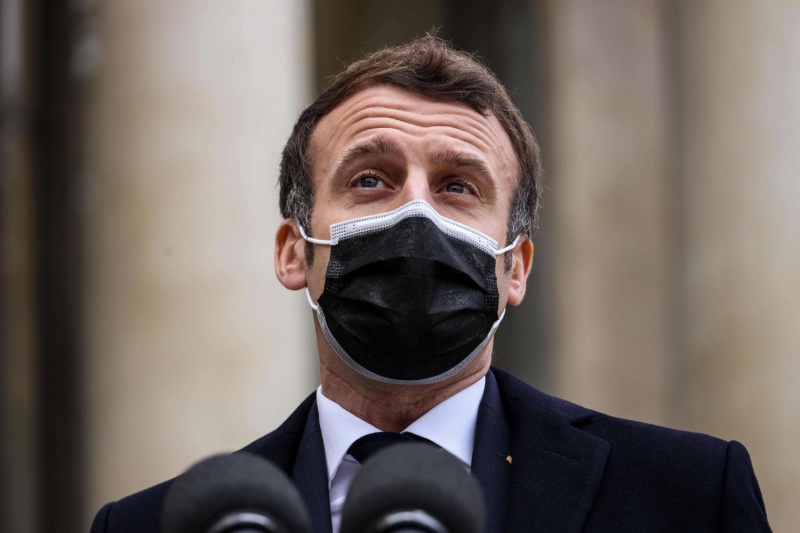 The French presidency said in a statement that during the meeting, Macron stressed, "the need to continue working to establish political stability in northeastern Syria."

The delegation also included Ilham Ahmed, co-chair of the Syrian Democratic Council, and Ghassan Youssef, one of the leaders of the Civil Council of Deir Ezzor.

Macron commended the, " fighters' courage" in northeastern Syria and the sacrifices they made against ISIS, adding "we will continue to fight terrorism alongside the Syrian Democratic Forces,” according to the statement.

Macron promised that France would proceed with its “humanitarian work” in northeastern Syria, where Paris had spent “more than 100 million euros since the occupation of Raqqa,” the former stronghold of the Islamic State, in 2017.

The meeting came two days after Syrian President Bashar al-Assad was sworn in for a fourth term after winning 95.1% of the votes in the elections that took place on May 26, which were harshly criticized by the West and the opposition.

Macron: France and the U.S. need to become brothers in arms again

Al-Sudani to Macron: Iraq is committed to a balanced foreign policy