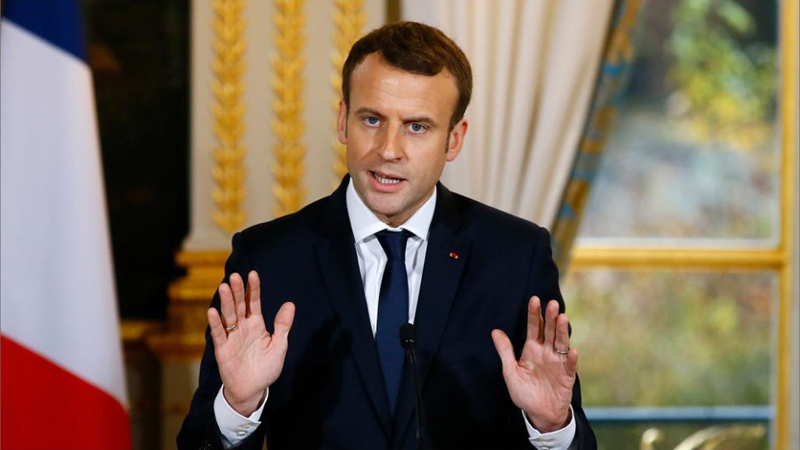 Shafaq News/ Emmanuel Macron has announced a law against religious “separatism” aimed at freeing Islam in France from “foreign influences”.

In a keenly awaited speech, the French president outlined new measures to fight what he identifies as "separatism".

Macron described Islam as "a religion in crisis all over the world” as he focused his keynote address on the battle against Islamic radicalism in France.

Macron’s measures to combat “radical Islamism” and terrorism suggested local officials will be given extra-legal powers while money will be invested in education – particularly of Islamic culture and civilization – and to deal with other social problems including housing and poverty.

“Our challenge is to fight against those who go off the rails in the name of religion … while protecting those who believe in Islam and are full citizens of the republic,” Macron said.

His speech on Friday was a broad outline of the measures to come, which he said would be drawn up in the next two weeks for a law to be presented in December.

The measures include placing mosques under greater control and ensure that imams arriving from abroad receive training in France before they gain certification. The aim would be to “liberate French Islam from foreign influences”, he said, particularly funding.

However, he recognized that France’s colonial past had helped to create the problems the country faced.

“We have created our own separatism in some of our areas. We have concentrated populations of the same origins, the same religion.” This had created “economic and educational difficulties”.

The French president repeatedly stressed the importance of schools in instilling secular values in young people, and said that the government would require private schools to agree to teach them.

Macron's speech in Les Mureaux, northwest of Paris, comes seven months after he announced that his government would seek to combat "foreign interference" in the practice of Islam by ending a program that allowed countries to send imams and teachers to France.

“A problem arises when, in the name of religion, some want to separate themselves from the Republic and therefore not respect its laws,” Macron said in a February 18 speech in the eastern French city of Mulhouse.

Friday's speech comes after a man from Pakistan stabbed two people near Charlie Hebdo's former offices in anger over its publication of caricatures of the Prophet Muhammad.