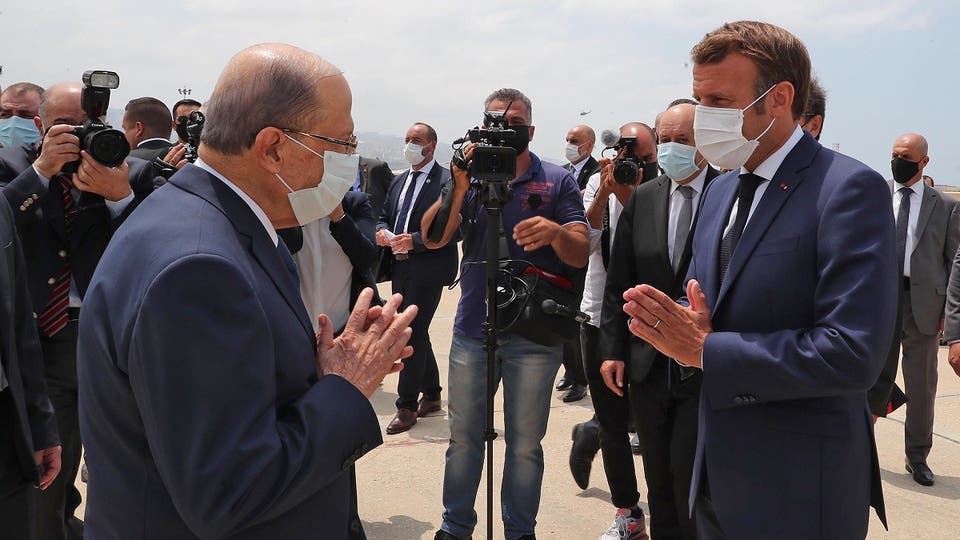 Shafaq News / French President Emmanuel Macron arrived in the Lebanese capital, Beirut, on a visit that is the second in less than a month, where he visited Lebanon in the wake of the Beirut port explosion.

Macron will begin his visit Monday evening, visiting the famous Lebanese singer Fairouz at her home away from the media, according to the schedule announced by the French embassy in Lebanon this morning.

"This visit will also be an opportunity for President Macron to celebrate the declaration of Greater Lebanon," the embassy said in a statement.

It is scheduled that Macron will participate in the ceremony in the morning at the Jaj Cedar Reserve in  Byblos city, after which he will visit Beirut Port, where he will meet representatives of the United Nations and civil society organizations.

On Tuesday noon, Macron will hold an official reception at the Presidential Palace in Baabda, during which LebanesePresident Micheal Aoun will hold a lunch in honor of the guest of Lebanon.

Macron will also visit Rafic Hariri Hospital in Beirut, and on Tuesday evening, it is expected to meet the Patriarch Moran Mor Bechara Boutros al-Rahi and the Lebanese political officials at the Pine Palace, and he will hold a press conference at the end of the visit.