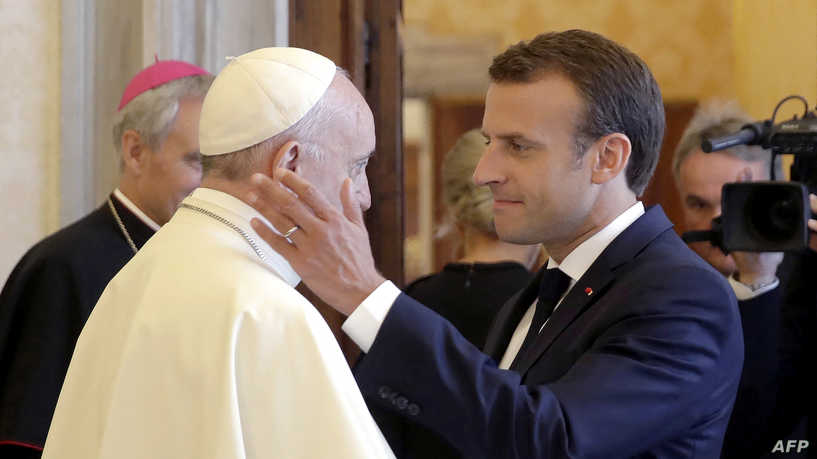 Shafaq News / The French President, Emmanuel Macron, congratulated Pope Francis on his recent visit to Iraq, which he described as a "real turning point" for the Middle East, according to the Elysee.

In a phone call, Macron said on Sunday to Pope in a phone call that Francis’s “historic visit to Iraq" has a great impact, describing it as a "real turning point for the region."

The Elysee noted that Macron and the Pope "shared their thoughts and concerns about the crises in different regions, the extremism in Africa, , the situation in Lebanon and other topics. "

Macron, who visited the Vatican in June 2018, also discussed with the Pope "the international challenges by the end of Covid-19," according to the Elysee.

Pope Francis made his historic visit to Iraq on this March, the first by a pontiff to the birthplace of the Eastern churches from where more than a million Christians have fled over the past 20 years.

The pope’s visit was a highly symbolic value given the importance of Iraqi Christians in the history of the faith and their cultural and linguistic legacy dating back to the time of ancient Babylon, nearly 4,000 years ago.

At every turn of his trip, Pope Francis urged Iraqis to embrace diversity.