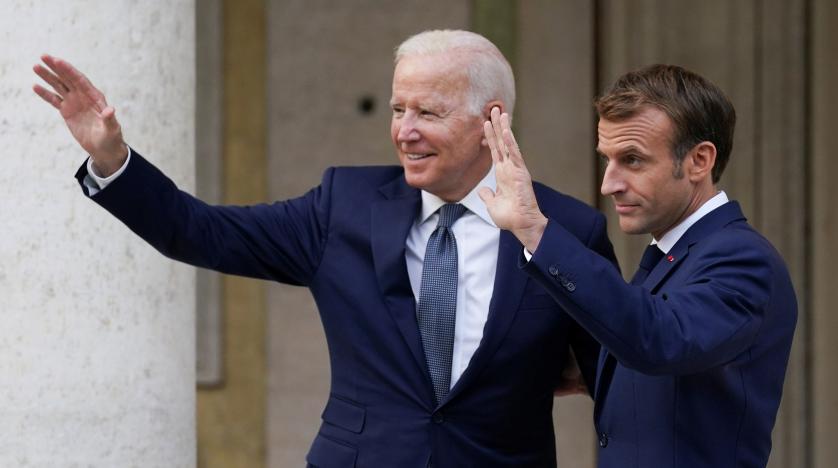 Biden is hosting Macron at the first state visit since the U.S. leader took office in early 2021.

Biden welcomed France as "our oldest ally, our unwavering partner in freedom's cause" in opening remarks at the ceremony. Both leaders celebrated their countries' alliance against Russian President Putin and as defenders of democracy.

"France and the United States are facing down Vladimir Putin's grasping ambition for conquest and Russia's brutal war against Ukraine, which has once more shattered peace on the continent of Europe," Biden said.

"France and the United States are once again defending the democratic values and universal human rights which are the heart of both our nations."

Macron said the two nations needed to become brothers in arms again in the wake of Russia's invasion of Ukraine and had a shared responsibility to protect democracies on both sides of the ocean that are being shaken by doubts.

"Our new frontiers are there, and it is our shared responsibility to respond to this," the French president said.

Macron is expected to raise French and European concerns about subsidies in Biden's Inflation Reduction Act (IRA). This $430 billion bill offers massive subsidies for U.S.-made products and is aimed at addressing the climate crisis.